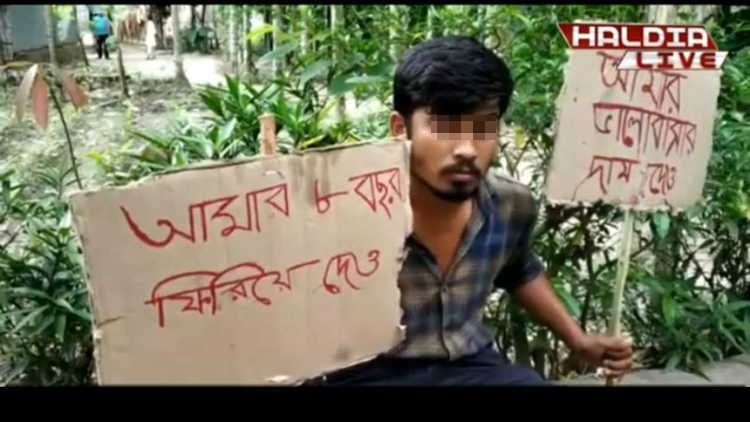 An Indian man showed how far he could go to prove his love when he camped outside his ex-girlfriend’s home and refused to eat until she agreed to marry.

A young man identified as Ananta Burman from India’s West Bengal region was in a relationship with a girl named Lipika for the last eight years but suddenly, the girl stopped communicating with Ananta and blocked him from WhatsApp and other social media sites.

To get back his love, this man did some digging and found out that his lover’s family was looking to get her married elsewhere.

When the prospective groom was about to visit Lipika’s home, Ananta started a hunger strike outside his lover’s house.

According to India times, Ananta even carried a placard with him that reads “Give back my eight years.”

While some people came out in support of Ananta, the family of the guy also arrived with the police at the spot. But even the police couldn’t stop Ananta from breaking his hunger strike or moving him from his spot.

As the hours passed by, Ananta’s health worsened and he had to be rushed to the hospital.

Looking at the guy’s effort, Lipika finally agreed to get married to Ananta and after intervention from the locals, her family also agreed for the marriage proposal.

Ananta and Lipika got married almost immediately at a local temple with proper rituals. 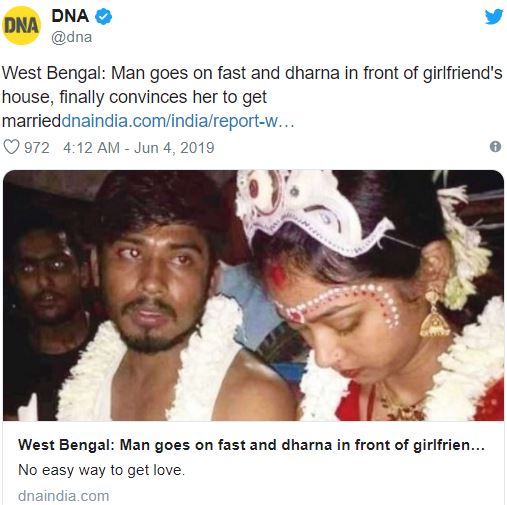 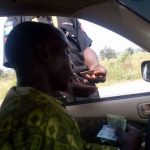 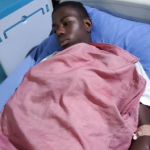 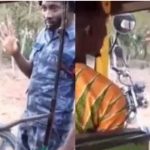