Six journalists has been arrested and detained over the viral video that showed the president of South Sudan, Salva Kiir Mayardit urinating on himself at a public event.

KanyiDaily recalls that the 71-year-old president was caught on camera wetting on his trousers as the national anthem played at a function.

The Union of Journalists of South Sudan said that six members of the state broadcaster have now been taken into custody by the National Security Service.

A statement from the union claimed that the journalists are suspected of having knowledge of the public release of “a certain footage.”

The Union’s chairman, Oyet Patrick Charles told Reuters that the journalists “are suspected of having knowledge on how the video of the president urinating himself came out”.

He said: “If there is a prima facie case of professional misconduct or offense then let authorities expedite an administrative or legal process to address the issue in a fair, transparent and in accordance with the law”. Also, on Friday, Committee to Protect Journalists (CPJ), a media rights group, made a call for the journalists’ release, adding that the six staff from the state broadcaster were detained during the week.

According to Mumo, the arrest was “a pattern of security personnel resorting to arbitrary detention whenever officials deem coverage unfavourable”.

However, Michael Makue, South Sudan’s information minister, said people would have to wait to know why the journalists were detained.

The rights groups have frequently called on the South Sudanese authorities to stop harassing and threatening journalists.

Officials within the president’s office and the national broadcaster have refused to comment on the arrests.

KanyiDaily recalls that there were also reports that some South Sudan journalists died, while others are missing over the video of President Salva Kiir wetting himself in public. 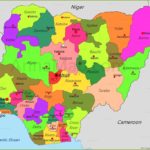 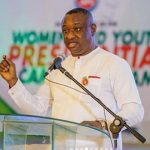 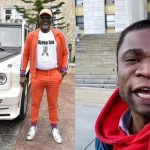