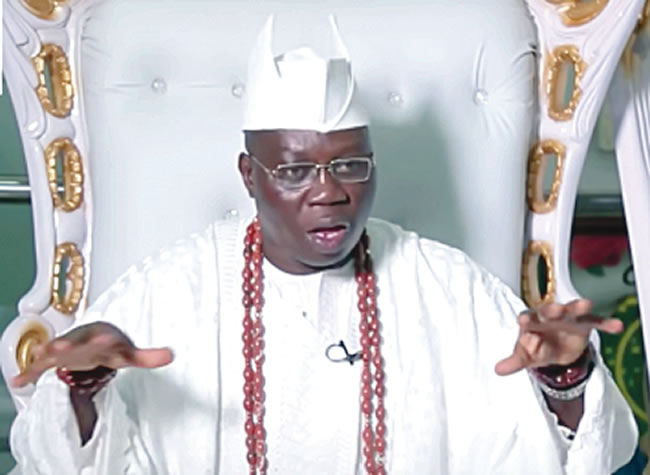 Aare Onakakanfo of Yoruba land, Iba Gani Adams, on Sunday raised the alarm on the worrisome spate of insecurity in the country, saying Nigeria was already sleepwalking into a collapse, even as he sadly noted that intelligence reports indicated that terrorists were already hibernating in forests both in Osun and Ogun states.

Iba Adams raised the alarm in a statement he signed personally, and made available to newsmen by his Special Assistant on Media, Mr Kehinde Aderemi, but reiterated quickly his earlier warning that Yoruba weren’t cowards, calling on everybody in the region to be vigilant and watchful in checking this insecurity scourge, which he said was already stiff-necking Nigeria and could not let the nation breathe.

This was just as he called on governors in South-West states to ensure that they recruit local security service structures in their various local governments, while also calling on anybody with useful information that had any security implication to tell the traditional rulers, leaders in their respective locality or even himself “for us to intervene and report same to the right quarters.”

According to the Yoruba generalissimo, the South-West governors should ensure the recruitment of at least 150 people in each local government, saying that this local security architecture would be given stipends as salaries with their jobs mapped out to assist and complement the efforts of Operation Amotekun that had been existing in five out of the six states in the region.

Besides, Iba Adams said he was ready to offer assistance in case the governors needed it “or any kind of assistance or that of Southwest Security Stakeholders’ Group (SSSG) in strengthening our region’s security.”

“For instance, the information reaching me today is that the terrorists are in-between Osu forest and Ile Ife, Osun State, and fully armed with various ammunitions. And they are presently in the forest between Abeokuta and Ibadan planning to attack us in the South-West. This is one information that we need to act on in order to avoid possible calamity.

“Yoruba aren’t cowards. So, Let everybody in the South-West be vigilant and be watchful in checking this insecurity scourge that is already stiff-necking Nigeria and could not let the nation breathe.

“We are aware of their plans to strike in Lagos, Ibadan, Oyo State, and Abeokuta in Ogun State. However, I implore all the governors in the South-West to recruit local security service structure in their various local governments.

“But, we will never allow them to destroy our land. Therefore, we urge the six governors in the South-West states to hold an urgent emergency security meeting with stakeholders across the region so as to address the impending implosion.

“At least, 150 people in each local government. This local security architecture would be given stipend as salaries as their job is to assist and complement the efforts of operation Amotekun that had been existing in five out of the six states in the region,” the Yoruba generalissimo stated.

“I want to also urge anybody with useful information that has any security implication to tell the traditional rulers, leaders in their respective locality or even me for us to intervene and report same to the right quarters.

“However, it must be said also that in case the governors need my help or any kind of assistance or that of Southwest Security Stakeholders’ Group (SSSG) in strengthening our region’s security, I am ready to offer the assistance,” he added.

“Nothing guarantees safety in any country or region other than the synergy and cooperation among all the stakeholders.

“Now that Abuja has seemingly lost the battle to terrorists, the South-West region has been the next target of these destroyers of hope,” he submitted.

Speaking further, Adams noted sadly that what was currently afflicting Nigeria which he termed: “somnambulation” was “caused by a criminal overdose of chronic pain inflicted on the country by the inaction and connivance of those in authority with terrorists and undesirable elements in the polity.”

This was just as he observed that from the economy to security, the country was already heading for a decline, warning that the decline would negatively affect sub-Saharan Africa and the Black World unless something was done to arrest the ugly situation.

Adams pointedly said series of serious security breaches in the country in the last few months meant that all was not well with the security architecture of Nigeria, calling on President Muhammadu Buhari to quickly stop the drift into destruction.

“On the economic front, it is another sad story. A dollar is now more than N700. This is an administration that met dollar at less than N200 in 2015.

“Economically, if this is not scary enough, we wonder what it is?” he queried.

“We now have a situation in which family members are being forced to raise 100 million Naira to pay as ransom. The money is delivered to these terrorists to buy more weapons and the government is merely watching.

“After every abduction, the president will summon Service Chiefs to a meeting, a statement will be issued and that is the end of it. What we will hear next is another abduction or series of kidnapping.

“The insecurity situation has reached its peak with the threat by these terrorists to kidnap the president, governors and lawmakers,” he said.

“Presidential advance team was attacked in Katsina and even soldiers guarding the president were attacked in Abuja. Some of them were killed. It looks as if this administration has decided to force Nigerians to seek self-help.

“The Deputy Speaker of the House of Representatives declared that he read more than 40 security reports from the DSS, warning of an impending attack on Kuje Correctional Centre in Abuja.

“The attack did not only happen which led to killings, but pitiably, nobody has been punished for dereliction of duty,” he continued.

Iba Adams insisted that the country under President Buhari was painfully going down as if there was no government in place, adding: “Millions of Nigerians are in pains, they are suffering.”

He further observed that mass abductions go on everyday, saying yet not one victim had ever been rescued, except when ransom was paid, just as he sadly noted that it was heart-breaking to watch fathers, mothers, children being flogged, tortured and humiliated in the Abuja-Kaduna train passengers video released by the terrorists, which has since gone vira.

“In the Abuja-Kaduna train passengers video released by the terrorists, it is heart-breaking to watch fathers, mothers, children being flogged, tortured and humiliated. The terrorists must have data to be able to send the video out. So, what is the job of Nigerian Communications Commissions and intelligence units of security agencies? Is it a crime for Nigerians to move from one place to the other?” he queried.

“Mass abductions go on everyday, yet not one victim has ever been rescued, except when ransom is paid.

“The horrendous humiliation of Nigerians in their country by these terrorists should stop immediately. President Buhari can use his executive powers to allow the immediate establishment of State Police with a mandate to flush out all the terrorists stationed in strategic places in the country.

“Nigerians’ silence is being misconstrued for foolishness. By the time President Buhari and other government officials realise that Nigerians can rise like Sri Lankans, it will be too late for them,” he warned.

Iba Adams, however, said time now was for President Buhari, who has about 10 months left to leave office, to redeem his image as, according to him, Nigerians believed that the blood-thirsty maniacs would not have had the audacity and insolent boldness to be attacking them everywhere, without high-level conspiracy with these terrorists.

“The president has about 10 months left in office. This is the time to redeem his image. Nigerians believe, and rightly so, that without high-level conspiracy with these terrorists, the blood-thirsty maniacs will not have the audacity and insolent boldness to be attacking Nigerians everywhere.

“Somnambulation and hate actions from government against Nigerians must stop now,” he said. 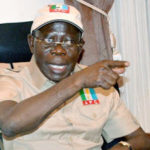 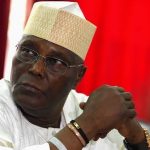 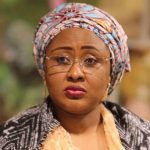