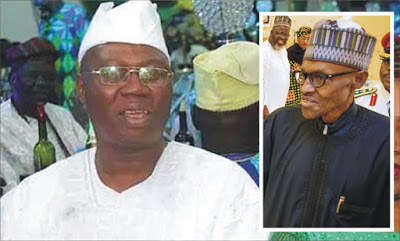 The Aare Onakakanfo of Yorubaland, Gani Adams, has warned President Muhammadu Buhari against favouring a section of the country at the expense of others.

While lamenting the atrocities allegedly carried out by herdsmen, Gani Adams in a statement on Sunday warned President Buhari against treating the Miyetti Allah Cattle Breeders Association of Nigeria (MACBAN) with kid gloves.

Adams noted: “In Akokoland, in Ondo State, which happens to be my hometown, there were series of attacks and kidnapping that had been raging and still on the increase.

“People have been killed, and kidnapped at will, and the situation still continues till the present moment.

“Several other people in the South-West had had the bitter experience. A situation whereby an Oba in Akokoland, and a lecturer from Obafemi Awolowo University were kidnapped along Ilesha-Ife road, and released after paying huge five million naira as ransom is pathetic and not too good for the nation”.

The Aare Onakakanfo, also urged the Federal Government, to as a matter of urgency, extend the new security arrangement to other zones assuring that, in South-West, there are groups that are keen to support government’s initiatives on reducing insecurity.

He, however, commended President Muhammadu Buhari on his views about true federalism.

“With the new situation, I think Mr. President has an idea of what we have been saying all these days about true federalism and restructuring. Nigeria’s problems can only be solved with true federalism’, he said.

“Many of the problems plaguing our nation, especially, insecurity can be addressed through federalism. For example, if all the regions develop at their own pace, every other issues, including security, power, and health would be taken care of at the state level’.

“The President will be in the best position to coordinate the affairs, and efforts could be made to get the country back on the right track.” 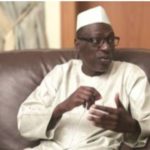 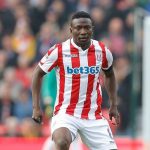 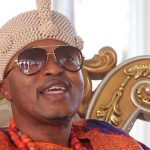 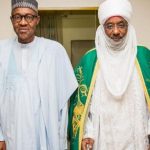 Sanusi & His Circle Of Friends – By Ballason Gloria Mabeiam Esq.