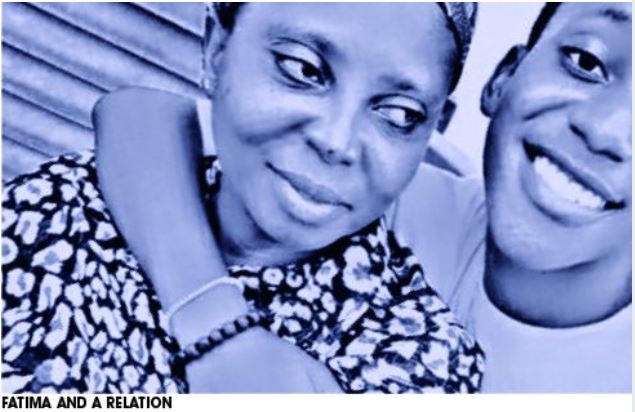 Even if you have a heart made of stone, her story will surely melt it and make you cry. Her name is Mrs. Fatima Noah. A widow and an office cleaner with Kogi State Judiciary, for months, she scrounged for anything she can find, to feed herself and her family, in the face of several months of working without salary, later compounded by more months of “indefinite strike.”

But three days after the call-off of the strike, she slumped and died penultimate Thursday, while waiting for the state government to fulfill its promise of paying the workers their salary arrears. Known and addressed by fellow workers and friends as “Mama Danladi,” while alive, so-called, after her first son, she lost her husband about six years ago, leaving her with little or nothing to care for the two children he left behind. But being a government worker, she was somehow able to cope with the family demands with the meagre salary she was being paid.

That was before the state judiciary workers, Judicial Staff Union of Nigeria, (JUSUN), Kogi State branch, embarked on ‘indefinite’ strike over non-payment of their salaries by the state government for more than six months. But before government could make good its promise to pay up the workers after about four months strike ended, owing to the intervention of National Judicial Commission (NJC), in the trade dispute, it had taken a great toll on the poor woman who depended on the little salary she was receiving to take care of her family needs.

In the letter signed by Comrade Sule Subaru, secretary of the Judiciary Staff Union of Nigeria, Kogi State chapter, directing its members to embark on an indefinite strike action over unpaid six months salaries by the state government, it noted that “this is as a result of the inability of the staff to transport themselves to their offices.” The notice reads in part: “The Exco commends members for their endurance and faith in the union despite untold hardship inflicted on them by the non-payment of salary by the state government. The Judiciary Staff Union of Nigeria Kogi State chapter frowns at the insensitivity of the state government towards the Judiciary by not releasing our monthly subvention”.

Talking about “inability to transport themselves to their offices,” and “untold hardship,” being a widow with mouths to cater for, Fatima Noah was the woman who bore it most. On the Thursday following the Monday workers resumed work, after calling off the strike, she was said to have returned from work when the unexpected happened. According to her son, Danladi, who witnessed the incident, she looked weak and worried. Nobody knew if she had been without food for days. Nobody knew if she was sick and did not have a dime on her to pick some drugs from a local pharmacy.

But her son said she sighed intermittently like someone under distress while uttering some inaudible words at the same time.  She cut a pitiable picture of someone who had been thoroughly beaten by life.

This is not surprising. Despite assurances from the state government promising to pay all or part of the 10 months salary owed the workers, day in day out the hope of that coming to pass kept growing dimmer and dimmer as such promise always turned out to be a ruse or something like that.

Danladi said when he breezed into the room he found his mother so much lost in thought that she didn’t notice his presence. Some newspaper reports had it that some days earlier she had gone to beg for N20, 000 which she hoped to send to her second son, Joshua, who is said to be in the university but she could not get as she had hoped. But Danladi denies this account.

Narrating how she died, he said on that fateful day he came home  from work only to meet his mum disenchanted and in great distress while lamenting the non-payment of their salaries and the toll it was taking on her health and spirit.

“When I came in, I met her talking,” he said. “I thought she was talking with someone. But there was nobody. She was so sad and weighed down.  Actually, there was no money, no food, nothing. I had to console her not to think too much.”

“Mom, I know for days now there is no food at home,” he reportedly said to her. “My brother has just secured admission into the university and you are bogged down because there is no money. For ten months running, government has not paid salaries. But don’t worry. Let us continue to trust God. Don’t allow this to weigh you down. I know if my father were alive things would not turn out for us this way. I promise to do my best to make you happy with my little earnings.”

Danladi said with tears rolling down her cheeks, his mother beckoned him to draw closer. He did. Laying her fragile hand on him, she started praying for him.

“She was crying and I felt deeply touched seeing her in tears.So I begged her not to cry and she agreed. Then she called me after cleaning her face and showered prayers on me as she used to do. So I was happy and I went to sleep. But all of sudden, cries of people woke me, only for me to be told that my mum had slumped. I quickly rushed her to the Federal Medical Centre, but they told us their emergency unit had been filled up. Before we could rush her to the specialist hospital, she died. Honestly speaking my mum died of over-thinking and hypertension because since my father died, there is no helper. Life has been very tough.”

The woman’s last wish and son’s determination to survive

Asked about the rumour about his mother running around to look for money to send to his younger brother and not finding any to borrow, he said it was not actually so as his mother had sorted that out and his brother had already resumed studies.

On the last wish of his mum, he said: “My mum was actually worried about our future, how we would cope, go to school and become somebody in life. It never dawned on me that when she was showering prayers on me, she was actually telling me goodbye.”

Asked how he and his brother in the university hope to cope now that their father and mother are no more, he said:  “By the grace of God, we shall cope. I will try to see that my brother continues his studies even if it means me doing more odd jobs.”

Speaking on the death of his mother, 21-year-old Danladi said things became too difficult for them after their father passed on six years ago. He said his mother who, while alive, combined petty-trading with her cleaning job at the court, tried her best for them until government refused to pay her salaries. This, he said, made life too unbearable for them.

He added that he had to defer furtherance of his education to learn typing which he is currently using to earn some money from clients who need some court documents typed for them, opposite the court premises. He is doing this, he said, to help his poor mother take care of their welfare.

Her life as a widow

This is the story of Fatima, Noah, a staff of Magistrate Court 2, Lokoja, who died as a result of suffering occasioned by non-payment of her salaries. A cleaner and a level 3 officer, she is described by her friends as easygoing, hard working and respectful. Her husband, an Assistant Superintendent of Police, once served at Kogi State Command. But he died in 2013 after a protracted illness and left two children and an aged parent.

When our correspondent visited her office on Tuesday, May 7, 2019, he found it under lock and the courtroom empty, with no one in sight. But when a lady who was in the adjoining court was approached to speak on the sudden death of the woman, she said: “To me, this woman would not have died if she had been paid her salaries. You can see how the whole vicinity is dry. It is because some staff who wanted to come to work could not do so because there is no transport fare.

“Please tell Yahaya Bello (the Kogi State governor) to pay our money because he told us that as soon as we resume from our strike, our outstanding salaries which he claimed he kept in the bank will be paid. But two weeks running now, he has been unable to pay even one month out of the 10 months owed us.” 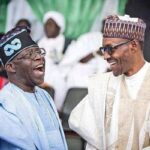 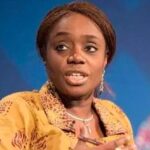 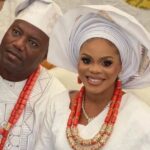 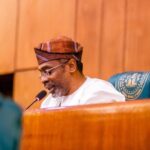