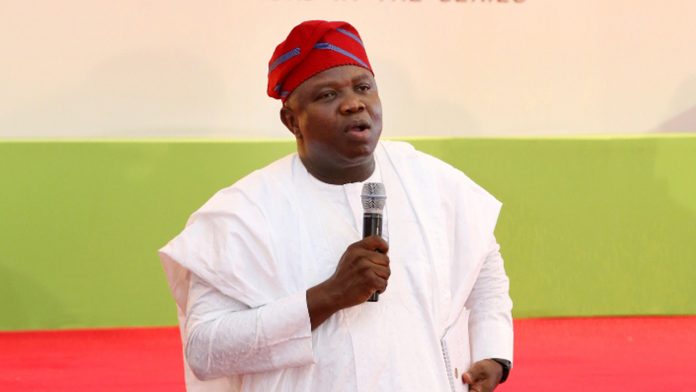 Factional Chairman of the All Progressives Congress (APC) in Lagos State, Fouad Oki, on Sunday protested that Governor Akinwunmi Ambode of Lagos State was unfairly and unjustly treated in the governorship primary election of APC that produced the incoming Governor, Babajide Sanwo-Olu.

Oki on a radio interview with veteran journalist, Jimi Disu, on Sunday, decried that it was unfortunate that Governor Ambode was subjected to such illegality. He admonished Sanwo-Olu to tread cautiously in dealing with issues going forward.

Speaking on the process that produced Sanwo-Olu as the APC governorship candidate, Oki said it was clearly jaundiced and fraught with lack of respect for rule of law, warning that such should never be encouraged.

“Call it whatever you like but truth be told, there is a popular saying in Yoruba – kiniun pa omo talika aiye re rin, ti o ba pa omo olowo, ema bu igbe ta (translated to mean the lion killed the child of poor man, people are happy; when it kills the child of a rich man, nobody should complain). Now, you see in a society that tries to be egalitarian, the first rule is to be just; that is the first rule and to respect the rule of law.

“My position then and my position now is this: you cannot have two set of rules for two set of individuals. Very clearly, the process was jaundiced. If it happens again, I will take the same position. Whether His Excellency Governor Ambode benefits from my position is another issue. My position is very clear that this is not fair, this is illegal, this is immoral and you cannot do this.

“There is a popular saying in Yoruba which the incoming governor must take note of – Atori tan fin na iyale, won to ju e si oke aja fun iyawo; nitori na, ki omo odo na fi ogbon se (translated to mean the cane used to beat the old wife is kept for the new wife and so let the servant tread wisely). So, you might think there is no big deal, it’s happens, but no that should not happen and nobody will speak against it, and we must know that for a fact,” Oki said.

Oki, widely referred to as strongman of Lagos politics, chided party stakeholders who, in a bid to justify their actions, used the media to condemn Governor Ambode, observing the office of the Governor of Lagos State should never be desecrated under any guise.

“The second point is this: we must also understand that the Governor of Lagos State is Lagos institution. What am I saying? Some people went on air to desecrate the office of Governor of Lagos. I am an aborigine; I am bonafide Lagosian, I will continue to fight for that because you don’t desecrate that office. It is the institution which symbolizes our collective identity,” Oki declared.

Oki chastised APC National Chairman, Adams Oshiomhole for failing to properly galvanize the party, especially to mobilize Nigerians on the next level policy of President Muhammadu Buhari, describing him as a coroner that has come to bury APC.

Speaking further, Oki said: “Next level means so many things to so many people and to me it means Nigeria is a huge construction site and it is an ongoing project. Now, we have moved from the foundation. Next level thing is conceived by PMB in his wisdom looking at his scorecard, looking at his promises and looking at the journey so far. Next level is about consolidation, it is about inclusion, particularly for the vulnerable ones in our society.

“Unfortunately, this administration has a parent, a father figure that is so irresponsible. How do I mean? See, how many days to the next administration from today May 5, 2019, our party has not deemed it fit to even adopt the next level document as its manifesto for 2019 to 2023. If you ask the average member of our party what next level is, he does not understand it.

“We are just unfortunately going to repeat 2015 to 2019 because in 2015, our party got elected into government at the federal and the party went to sleep not supporting or assisting government by way of peer review, policy discussions, policy interrogations and what not. As I speak with you, I would have expected our party to have put on stream several committees that would look at the next level document with a view to translating it into ordinary language for every Nigerian to know so they would buy into what this administration intends doing in the next four years. Unfortunately, we have a DNA weakness on top of the party.” 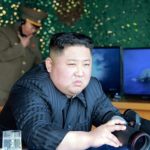