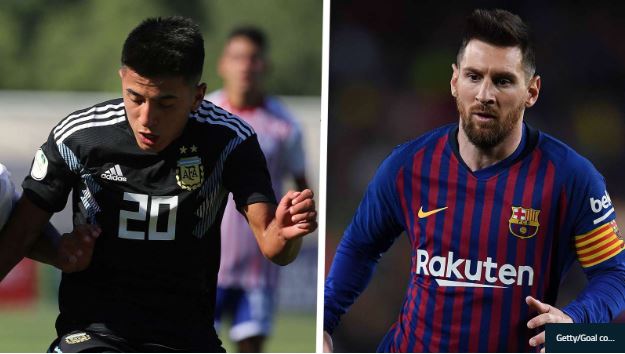 Friday marks a special day for Thiago Almada. The Velez Sarsfield wonderkid celebrates his 18th birthday, following a year that saw him go from the youth ranks of his boyhood club to the first team and the Argentina Under-20 set-up.

But, if he manages to maintain his current trajectory, the next 12 months will be even more spectacular for a teenager tipped to become the next star to come out of the land of Diego Maradona and Lionel Messi.

Almada’s brilliant debut season in Superliga – he appeared in 16 of Velez’s games under the eye of coach Gabriel Heinze, scoring three goals and helping the Fortin to a sixth-placed finish – has apparently not gone unnoticed. Premier League heavyweights Manchester City have been linked with his talents, with a £20 million ($26m) offer reportedly prepared to tempt him away from Liniers this summer.

It is easy to see why Pep Guardiola’s eye has been turned. Born in the feared Fuerte Apache neighbourhood of Buenos Aires, the same area where Carlos Tevez honed his talents, Almada is blessed with the same raw ability and fierce drive that helped the former City and Juventus star to the top.

Heinze, himself no mean footballer during a wonderful trophy-laden career across Europe, admitted that Almada’s work-rate was the factor which made him impossible to overlook, even at such a tender age. “That kid really wants it,” he beamed back in August prior to Almada’s Superliga bow.

It is with Messi, however, that the youngster has invited early comparisons. Almada possesses wonderful dribbling technique and has the capacity to torment defenders across the pitch. Given space in the final third the teenager is also a lethal finisher, comfortable off both feet and with a rare clarity to brush off his markers’ attentions.

Heinze is not the only former Argentina star to see the brightest of futures for the player. Fernando Redondo singled Almada out as one of the Superliga prospects most likely to make it in Spain. “There are players in the Argentine league like Thiago Almada, Cristian Pavon and Leonel Miranda who could make La Liga because they have the talent and temperament,” the ex-Real Madrid man explained to La Liga’s official website.

Redondo is a confirmed admirer of Almada, having labelled him “a player with talent, someone who I like and who is very young” after Argentina U-20s finished second in the South American Championships.

The Velez starlet was the youngest player in the Albiceleste squad but nevertheless featured in seven of their 10 games in Chile, scoring on one occasion. He will now be one of the top talents to watch in this summer’s U-20 World Cup in Poland as Argentina look to reclaim the title they last won in 2007 with Angel Di Maria and Sergio Aguero leading the way.

Once the World Cup has come to an end, Redondo may find out if the youngster really does have what it takes to make it in La Liga. City’s impending transfer ban means that, should they move for the player, they would need to send him to their Spanish feeder club Girona, currently involved in a bitter battle to stay in the top flight.

Should the Catalan club survive they represent an ideal environment for a potential star like Almada to hone his talents, avoiding the risk of extended spells on the sidelines at a giant like City which could ultimately harm his development at such a young age. Then, if he passes the test in Spain you can be certain that in a season or two Pep would be waiting with open arms to welcome one of the most exciting talents to come through the Argentine system since a certain Messi.

Almada’s first objectives, though, are rather more immediate. Success in the Copa Superliga, a hybrid cup tournament involving top-flight sides which Velez begin this weekend against Lanus; and then glory with his national team in Poland.

Should the wonderkid fulfil both goals and continue to wow observers with his performances, Pep and City might well find that plenty more suitors from Europe’s top clubs are ready to vie for his signature in the upcoming transfer window. 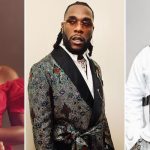