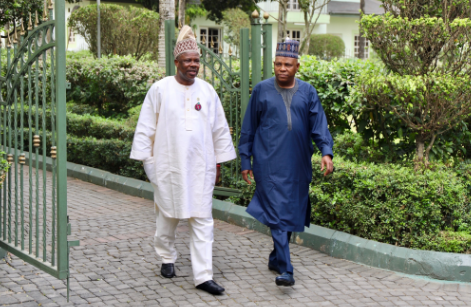 The two governors, who are among the newly elected federal lawmakers currently attending an orientation programme in Abuja, excused themselves from the venue for the discussion…
It was gathered that their long talk was connected with the issue of the Senate presidency.

Amosun had declined comments on Monday when journalists asked him to confirm or deny the reports that serving and former governors were plotting to install the 9th Senate President.

It was said that his meeting with Shettima on Tuesday might not be unconnected with the decision of the All Progressives Congress (APC) to adopt a candidate for the position.

Their body language when they saw an aspirant to the post, Senator Ali Ndume, also fuelled the suspicion as the two governors engaged the former senate leader in a brief discussion before resuming talks.

He held conversations with former governor Gabriel Suswan, who is also a senator- elect from Benue State; Isah Jibrin from Kogi State; and Boma Mohammed from Yobe State.

Meanwhile, Ndume has explained why senators are not moving around with him unlike his fellow contestant, Senator Ahmad Lawan, who is always seen in company with many senators-elect.

He told The Punch in an exclusive interview that his colleagues should not be seen as his followers. 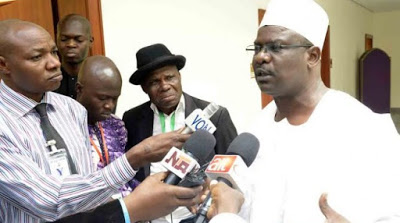 He said, “I want to be the Senate President and not senators’ president. I don’t believe that I should present my colleagues to the whole world as my followers. They are actually my bosses. I am only seeking to serve them.”

The senator said many senators-elect had assured him that they would work for his victory. 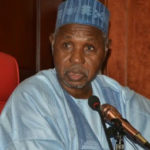 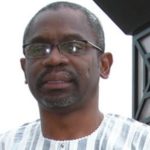 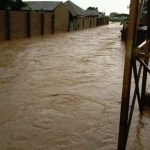 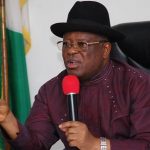 I Will Not Associate With Any Igbo Group That Insults Buhari – Gov. Umahi 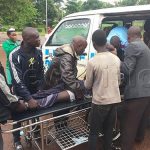 One Dead As Teenage Boys Fight Over Girl At A Party