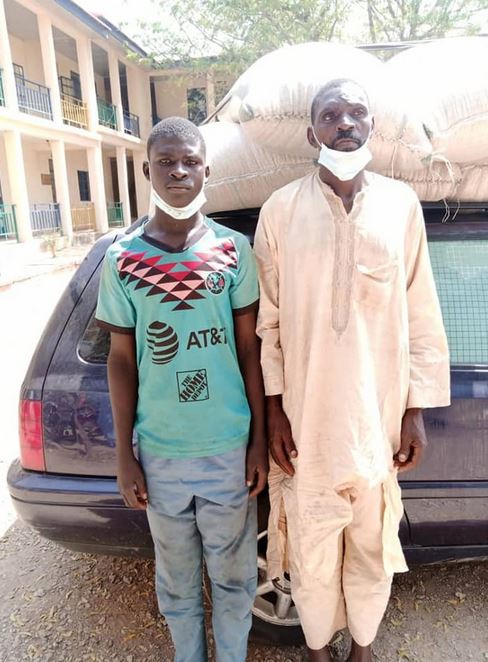 A father and son duo who break into people’s shop and steal their wares have been apprehended by authorities of the Katsina State Police Command.

Spokesperson of the command, SP Gambo Isah, who paraded the suspects at the police headquarters on Friday, March 12, said they confessed to have stolen the recovered items from Kaduna and Jigawa states.

“On the 11/3/2021 at about 0300hrs base on a tip off the command the command succeeded in arresting one Sani Kabir alias ‘m’ of Tashar Fulani village, a notorious criminal that specializes in shop breaking and theft,” SP Isah stated.

In the course of investigation the suspect confessed to have stolen these items from Giwa Local Government Area of Kaduna state and Yalo village of Kaugama LGA of Jigawa state respectively. 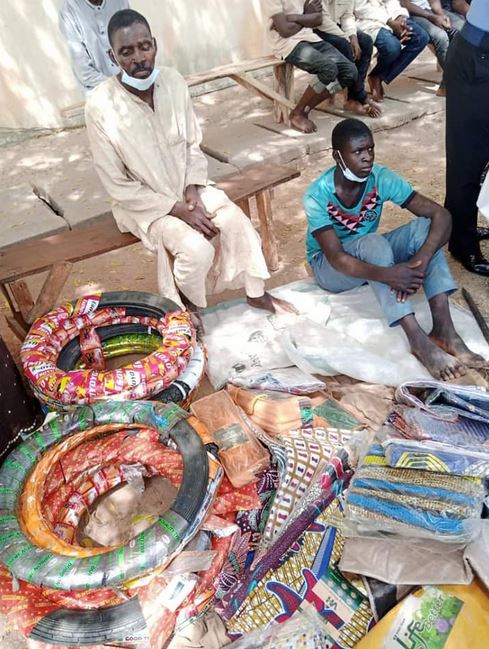