IBADAN – The Oodua People’s Congress (OPC) has alleged that four of its members had been arrested by the Oyo State Command of the Nigeria Po­lice over the arrest of Fulani warlord, Iskilu Wakili, who al­legedly terrorised the people of Ibarapa area of Oyo State.

Some local security oper­atives in Ibarapa, including the Oodua People’s Congress, vigilantes, and others, were re­ported to have arrested Wakili on Sunday following a fierce gun battle.

Reports had it that Wakili and his gang were involved in the killing and kidnapping of several people in Ayete and ad­joining communities in recent times.

Wakili had, in the wake of an eviction notice served on killer herdsmen in Ibarapa and Oke Ogun zone of the state by a Yoruba rights activist, Chief Sunday Adeyemo, a.k.a Sunday Igboho, threatened that nobody dared to either attack or arrest him.

He was, however, captured barely seven days after his second-in-command, Isiaka Muhammadu, was arrested alongside four others.

The Aare Ona Kakanfo of Yorubaland, Gani Adams, confirmed Wakili’s arrest in a statement made available to journalists by his Special Assistant on Media, Kehinde Aderemi, on Sunday.

Aderemi, in a statement earlier titled, ‘Insecurity: Gani Adams Applauds OPC, Ibarapa Joint Security Team over Arrest of Kidnap King­pin, Wakili, Three others in Ibarapa,’ said the Fulani man was arrested about 7a.m on Sunday and was handed over to the Divisional Police Office in Igbo-Ora.

The statement described Wakili as the “most-dreaded, notorious kidnap kingpin” who operated in the state.

Aderemi, later on phone, hinted that the OPC men who arrested Wakili had, in turn, been arrested by the police and were being interrogated on why they went for him (Wakili).

According to him, “I heard that some OPC men had been arrested by the police in con­nection with Wakili’s arrest. It is curious; I confirmed the information from the Aare (Gani Adams) himself.”

Wakiliisnotoriousforseizing farmland, raping women, and kidnapping members of the host communities for ransom.

It was learnt that Wakili had recently shot at an em­issary that was said to have been sent by Baale Odomofin, the traditional ruler in control of Gbangbangere, Konko, Dag­bere, Kajola, Magbeje, and oth­er hamlets in Ayete, who was sent to serve him a quit notice.

When contacted, the Po­lice Public Relations Officer (PPRO) in the state, Olugben­ga Fadeyi, in a statement, said: “The Oyo State Police Command would like to in­form the general public that at about 0900hrs of date 7th March, 2021, information was received that a group of persons (later found out to be members of the Odua Peoples Congress – OPC) had invaded Kajola community in Ibarapa axis of the state.

“The invasion was report­edly aimed at arresting one Wakili, a Fulani by tribe, who is alleged to be the sponsor and mastermind of various crimi­nal attacks against the people/ farmers of Yoruba origin in the community.

“The state Commissioner of Police has quickly moved into action and preliminary findings revealed that some OPC members went to Kajola community in Ibarapa North Local government Area of Oyo State.” 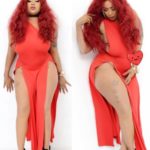 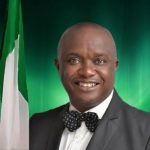 Omoworare Felicitates With Aregbesola On His 62nd Birthday Anniversary 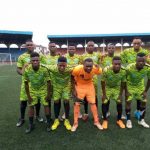 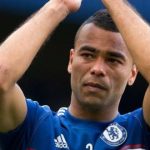