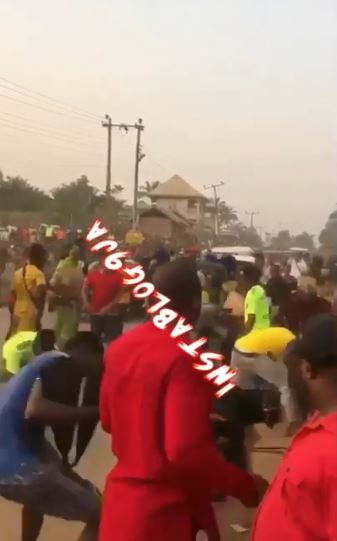 Masquerades Caught On Camera Scrambling For Money In Anambra (Video)

A video has emerged online showing the moment some masquerades were seen scrambling for money.

In the video, the masquerades were seen in their numbers joining other people to go for the money which was being sprayed by an unknown man.

The video has since gone viral online, sparking lots of reaction among viewers.

Some found the video quite hilarious while others expressed their amazement at the ‘spirits’ joining ‘mere mortals’ in scrambling for money.