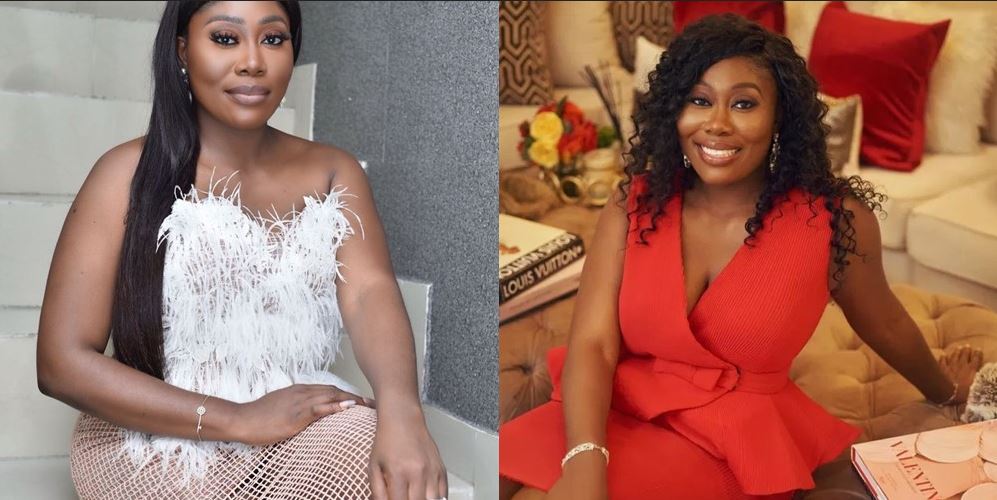 “The So Called Good Eggs In This Administration Should Have Quit By Now If They Are Different” – Media Personality, Gbemi

Nigerian broadcaster and presenter,  Gbemi Olateru Olagbegi has blasted the “so called good eggs” in the Buhari-led administration.

The media personality in her tweet stated that she doesn’t rate them. She added that if they were different as claimed, they would have quit by now.

“I don’t rate the so-called “good eggs” in this administration . If you’re so different , you would have quit by now . You’re the same . Shame .

They’ve been there since . What good changes have they brought about ?” 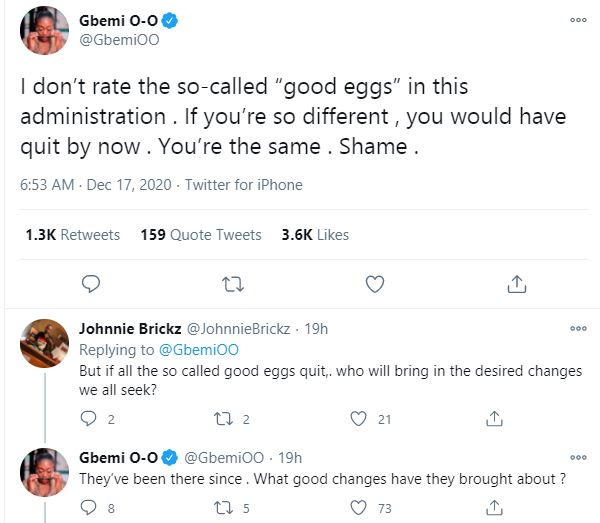