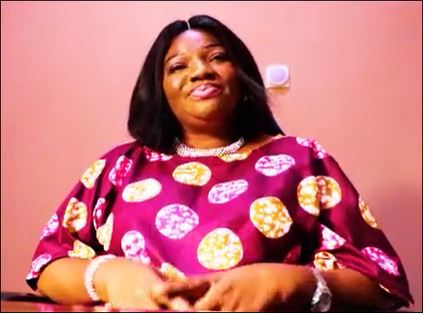 Singer, Chinwe Kings Narrates How She Gave Birth To Twins After Carrying Pregnancy For Over 3 Years (Video)

Chinwe Kings, a Nigerian gospel singer, has told the story of her rather miraculous pregnancy.

The singer narrated how she gave birth to twins after carrying a cryptic pregnancy for 3 years and 4 months.

The singer revealed that the pregnancy came after 16 years of trying. She added that in spite of her pregnancy, all tests came back negative and she was still seeing her monthly period at that time.

Chinwe Kings further disclosed that though many thought it was a spiritual attack, an explanation from someone who passed through same thing made her understand her condition better.

What the video below: