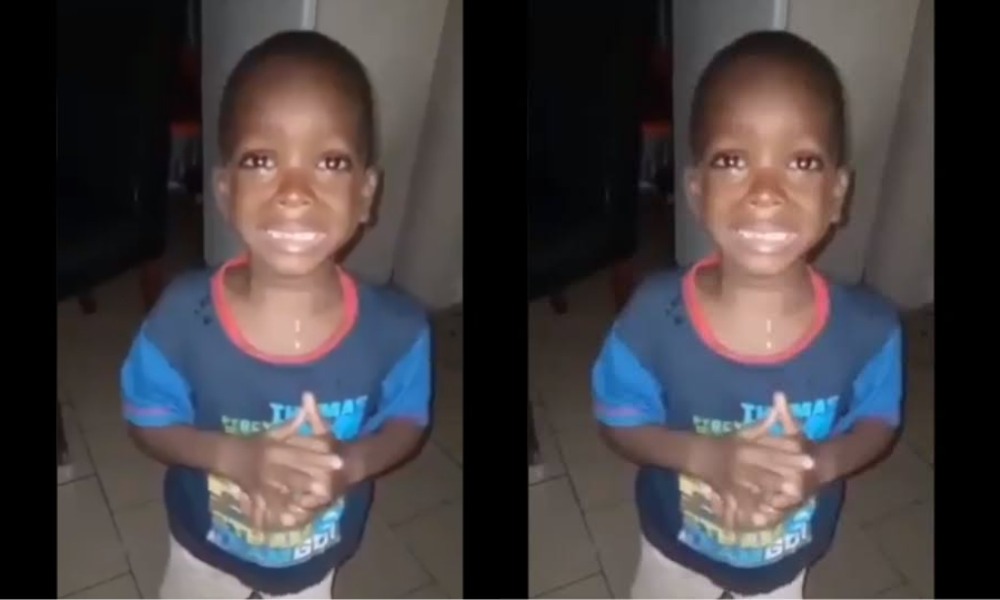 A little Nigerian boy has gone viral on social media after he was seen in viral video crying and negotiating with his mother who wanted to punish him.

In the viral video, the cute boy is seen begging after his mother tried to punish him for doing something she warned him not to do.

In his effort to avert being flogged, the was smartly telling his mum to ‘calm down’ and even demonstrated how she should do it.

The boy switched from from English to native Yoruba language while trying to get his way out of the trouble, He then negotiated terms and conditions with his mum and promised not to repeat his mistake.

KanyiDaioy had also published a video showing a Nigerian mother, who is apparently tired of advising her son to desist from betting, had no option other than to storm the betting centre to deliver him from gambling addiction with hot slaps.