Except the PDP national executive committee drops the guber ticket in his lap, Edo Gov Godwin Obaseki will end up a double loser.

A PDP aspirant has secured an injunction against the governor’s participation in the Thursday primary election—after he had been clearly edged out of his former party APC.

Worse, he has yet to seek delegates’ votes or canvass for any sort of consideration, despite his coming late into a contest with rivals swearing to fight tooth and nail to resist party’s attempt to gift the APC drop-out the ticket.

And time is not Obaseki’s friend.

In the Tuesday petition Omoregir Ogbeide-Ihama brought before a federal high court in Rivers, Obaseki is presented as a gate-crasher.

The petitioner argued that since Obaseki was not part of the candidates screened by the PDP National Working Committee, before the date on the timetable lapsed, he should not be allowed to participate in the primaries. Ogbeide-Ihama, who made a case against Obaseki’s credentials, also asked the court to suspend the primary till the determination of the case.

The state PDP has said it is not going to impose any  candidate on the voters; the party is not going to stop contestants like Ogbeide-Ihama from expressing their legitimate grievances either.

The court has yet to grant the request.

But Justice E.A. Obile asked the petitioner to serve the motion on the governor first.

This is a handiwork of his enemies, the governor said.

“They are worried about the popularity and acceptance of the PDP and our amiable governor so much so that they have become desperate in their quest to stop a contest they know they will lose,” a statement by Crusoe Osagie, the governor’s media aide, read.

There has been protests and rebellion by party members against the waiver the PDP leadership granted Obaseki. And only one of the three aspirants has agreed to step down for the governor so far.

Obaseki will head to court argue his case against Ogebeide-Ihama on Wednesday, a day to the contest.

The PDP has shifted the election date twice, and INEC has given the parties till Saturday to submit their candidates for the September 22 election. 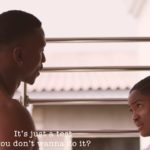 Watch Eva Alordiah's Thought-Provoking Short Film, 'Where Is The Condom' 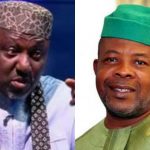 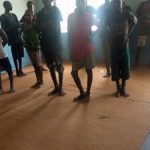 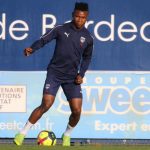