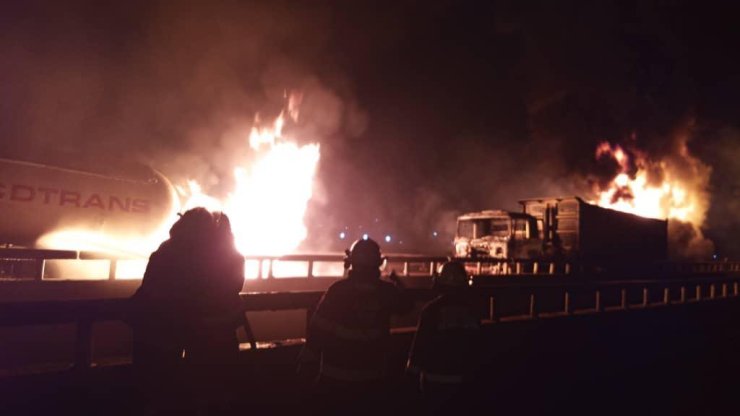 A tanker has exploded at the Kara axis of the Lagos–Ibadan expressway on Sunday morning.

In a situation report concerning the incident, the Lagos State Emergency Management Agency noted although that no lives have been lost, three articulated trucks were destroyed by the inferno.

The statement signed by the Director-General of LASEMA, Olufemi Damilola Oke-Osanyintolu noted that rescue operations was already ongoing.

Kara Bridge Fire, men of the Federal Fire Service are already at the scene. Please vehicular movements should be halted around the area.

“The impact of the crash resulted in the inferno. No lives lost, however, three articulated trucks were destroyed by the inferno.

“Operation is still on going.”