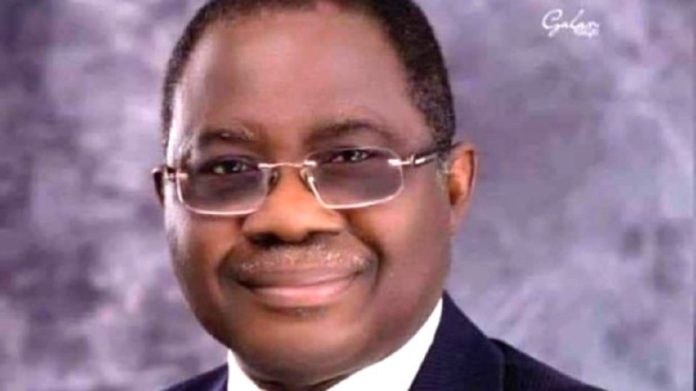 Prof Ujah, NMA President: Allegation Of Fraud Against Me Is Baseless

Pioneer Vice Chancellor of the Federal University of Health Sciences, Otukpo, and new President of the Nigerian  Medical Association, NMA, Professor Innocent Ujah, says he has sufficiently demolished the allegations of fraud and sack from work at the Nigerian Institute for Medical Research, Lagos, leveled against him by showing proofs that he was not corrupt while serving as director general of the institute. .

Ujah who stated this during a courtesy call on the governor of Benue State,  Samuel Ortom, at the Benue People’s House today, explained that he had over 90 percent of the votes cast at the recent NMA elections.

Ujah said the allegations did not stop him from wining the election because he demolished the claims and assured that he would use his position to mediate between  the doctors on strike and the government.

He said the doctors needed to be motivated in this COVID-19 period and further promised to meet the doctors and the government at their points of disagreement.

He said his track records made him to win the election and emphasized that some of the doctors that contested with him did not get votes from their states nor zones.

Ujah said he would use his position as NMA President to ensure that Benue has consultants not only in the Northwest Senatorial District, but also in the other Senatorial Districts so that medical attention would be given to the people at the grassroots.

According to him, some people said he was not going to have the position of NMA president because he was already the vice chancellor of the Federal University of Health Sciences, Otukpo not knowing that performance does not depend on the size of the individual concerned but his ability.

He said the governor of Benue State, Samuel Ortom, was instrumental to his success during NMA elections because he gave him moral support and commended Plateau and Benue medical associations for standing behind him.

Ortom appealed to Ujah to intervene in the strike by resident doctors stressing that such strikes were becoming too many.