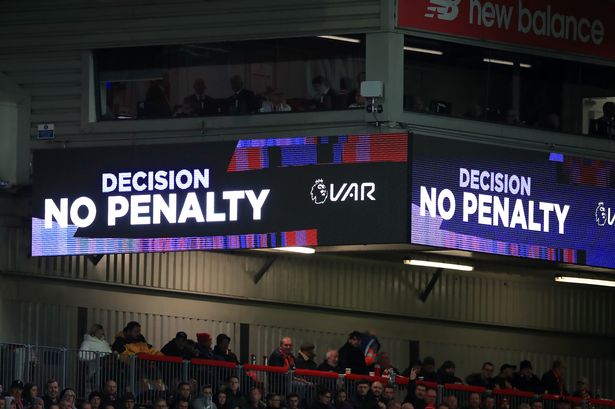 3 Times The Premier League Stunned Us

The last full month of football gave us one of the most surprising scorelines in recent years, when Liverpool – soaring high in the Premier League and seemingly unstoppable – were thrashed 3-0 by Watford. We say thrashed, but perhaps stung would be the more appropriate adjective, as the Hornets lived up to their name by inflicting some serious pain on the Reds. Few could have predicted Liverpool’s winning streak (18 consecutive matches) ending like that.

To have a team in previously god-like form brought low by underdogs so much further down the table made this a result for the ages. But here are three other times the Premier League has stunned us throughout the past decade…

It was on 6th February 2016 that Leicester City took on the might of Manchester City, and thoroughly schooled them on their home turf, winning 1-3 at the Etihad. This should have been akin to entering the lion’s den. But with Leicester on superb form (and City so mediocre), it was more a case of the Foxes storming the hen house, with Robert Huth and Riyad Mahrez scoring while the defence proved to be a well-oiled machine.

In any ordinary era, this would have been a memorable result. But for Leicester in the 2015/16 season, it was just one marvel among many, as they stormed their way to victory in the Premier League. If any seasoned users of sites like Topratedbetting.com had put money on such an outcome, they’d have been almost as ecstatic as the Leicester City players themselves. After all, the Foxes were 5,000-1 outsiders. To put this into perspective, bookies thought that Simon Cowell becoming Prime Minister, and Piers Morgan becoming manager of Arsenal, were more probable than Leicester taking the Premier League title.

Leicester’s new manager, Claudio Ranieri, had been regarded by many as a man on a downward career trajectory. His recent spell with the Greece national team had ended in such abject failure that the president of the Hellenic Football Federation had literally apologised to the nation for hiring him, saying “I take full responsibility for the unfortunate choice of manager”.

Meanwhile, Leicester themselves were seriously short on star power, deemed by a BBC journalist to be a “team of cast-offs and bargain buys”.

And yet this team of rag-tag talents, who had narrowly avoided relegation in the last season, led by a much scoffed-at manager (we’re looking at you, Gary Lineker), charged up the table and delivered a fairy tale ending. Alan Shearer called it the “biggest thing to happen in football”, while Lineker said “I can’t think of anything that surpasses it in sporting history”. Yep, that pretty much sums it up.

We’re sticking with the Foxes, because – a couple of years before their historic Premier League triumph – they showed a bright glimmer of what they were capable of in a startling 2014 clash against Manchester United. It wasn’t simply the fact they won, but the manner of the victory, storming back from 3-1 down in an eight-goal thriller that had everyone on tenterhooks – and helped to make a star of Jamie Vardy.

To start with, it looked like United were cruising to a comfortable win, with a two-goal lead established within 16 minutes. The first was headed home by Robin van Persie (via a deflection off Liam Moore). Just moments afterwards, Angel di Maria, recently signed by United for £59.7 million, proved his record-breaking worth with a chip which put the Red Devils 0-2 ahead.

Leicester fought back immediately, with a perfect cross from Vardy allowing Leonardo Ulloa to head the ball home. Come the second half, United extended their lead when Ander Herrera intercepted a shot by Di Maria to score a third goal for the Red Devils. Case closed? United’s fans would have been forgiven for thinking so, but then came a David Nugent penalty, awarded after Vardy was brought down by Rafael.

Less than two minutes later, the equaliser came courtesy of Esteban Cambiasso’s left boot. It was now 3-3, with Leicester, playing in the top-flight for the first time in a decade, now having the absolute gall to rise up against Manchester United. It was Jamie Vardy who struck next, with his first ever Premier League goal, and then came the nail in the coffin for United, when Ulloa scored thanks to another penalty.

Manchester United had never before lost a Premier League game after gaining a two-goal lead. Leicester’s manager Nigel Pearson was the very voice of understatement, saying: “When you’re 3-1 down against Manchester United, to win the game… I think it’s a decent result.”

Chelsea are thrashed at home by Sunderland

Cast your mind back through the mists of time, right to the start of the decade, and you may recall one of the worst Chelsea performances in living memory. This was their November 2010 confrontation with Sunderland, when the Blues were straddling the top of the table and really, really shouldn’t have lost 0-3 at Stamford Bridge.

But lose they did, so decisively that manager  Carlo Ancelotti had to admit they deserved it, saying “I think this was the worst performance since I’ve been here.”

To be fair to Chelsea, they had a couple of severe strikes against them even before the whistle blew, with both Frank Lampard and John Terry ruled out due to injury, and midfielder Michael Essien on suspension. While the side was undeniably weakened, full credit should be given to the Black Cats for their stellar performance, with goals coming from Nedum Onuoha, Asamoah Gyan and Danny Welbeck, who was on loan from Manchester United.

The brisk offence was backed up by a solid defence, while Chelsea put in a lukewarm and lacklustre effort, paving the way for a famous victory – Sunderland’s first over the Blues since way back in 2001.

Black Cats manager Steve Bruce sounded relieved, delighted and proud in equal measure. “It’s not often you beat this lot 3-0 in their backyard,” he said. “People are so frightened coming here and no one wants to get humiliated, so we thought we’d give it a go.” They certainly gave it a go, and then some.