Mikel: Playing In China Was A Tough Experience For Me

Mikel, 31, left Chelsea in January 2017 after struggling to pin down a regular playing berth under Antonio Conte

He won  one  Champions League title,  two Premier League titles,  and three FA Cups during his 11 years at Chelsea.

However after spending two years at Tianjin Teda,  the former Lyn Oslo of Norway star returned to England and penned a short-term contract with Middlesbrough.

“It was two years of a huge culture shock,” Mikel explained in an interview with Telegraph.co.uk having finished speaking at Middlesbrough’s training ground to a group of refugees. “The food was a problem, the lifestyle, the style in which everything was done.

“When you have been at a club like Chelsea in the Premier League, for 11 years, it was very hard to adapt to how things were done. It isn’t at the elite level, let’s put it that way.

“The pitches were poor, stadiums are poor, and the medical facilities were not what I was used to. I’m not saying it’s all the Chinese clubs, some of them are quite professional, but the one I was at, it wasn’t as professional as it should have been. It became tough for me almost straight away.

“I wouldn’t say I regretted it, I had a good time with my team-mates, but it was never easy. The standard of football, it’s not even Championship standard. I realised that very quickly. It’s a league that wants to grow, they are putting a lot of money in, but it is a long way behind.

“I think they are going to struggle to get where they want to be. When you look at the MLS, it’s much easier for players like me who have played in Europe at a high level, who speak English, to go there.

“I think the league in America is on the rise, but for me China is a long way behind them. You can only advance so much by throwing money at something and the Chinese contracts are very generous, but it’s still going to struggle to become a top league.  Maybe it’s the language, maybe it’s because it can seem quite alien, it’s daunting.”

Mikel lived in an apartment at a hotel complex where all the staff and guests spoke English. It was a comforting cocoon off the pitch, but he was there to play football.

“I  did wonder if I had made a big mistake,” he admits. “But looking back, I will never say I regret it. I missed my family a lot. They come over maybe twice a year and liked it when they visited, but they were the main reason I had to come back.

Mikel spent two years in China and is grateful for the rewarding experience but is glad to be back.

“As a life experience, I enjoyed it. Professionally, it was tough, but I had some good times. It was a nice city and the people I met at the club were great. But it was definitely the right time for me to come back and play at a higher level again. I knew I was going to leave, probably after a year.”

Mikel returned to England at the end of 2018. After weighing up his options, the best was a short-term contract with Championship promotion chasers Middlesbrough.

Premier League clubs did not want to touch a player aged 31 who had spent two years playing  a poor standard of football in a league without any western media coverage. Perceptions of him had changed.

Mikel has done well at his new club, his performances improving as he regains old fitness levels on the back of double training sessions. He would like to stay beyond the end of the season, “our goals are the same, we want to be in the Premier League” but if he had not gone to China, he would probably still be playing in the top flight.

“My advice to anyone thinking about going, is have a long think about it,” he explained. “You have to go at the right time.

“I certainly wouldn’t say to anyone under the age of 30 to go there. They will regret it if they do.

“It’s worth doing for a couple of years, if only to learn a different culture, to give yourself an experience that takes you out of your comfort zone, but do not be tempted by the money if you are young. Do your research, check what sort of club you are going to over there.

“You should wait until you are approaching the end of your career. The money makes the move tempting, we’re only human, but do not be tempted by the size of the cheque if you are in the prime of your career. It’s not worth it.” 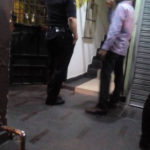 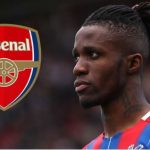 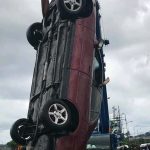 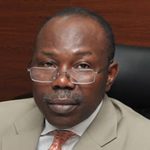 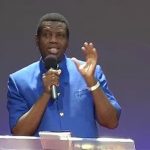