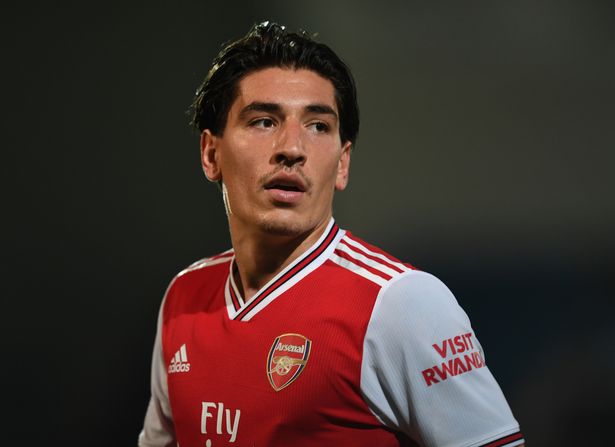 Arsenal right-back Hector Bellerin is attracting interest from LaLiga sides Atletico Madrid and Sevilla as he considers a move back to his country Spain.

Both Atletico and Sevilla are banking on Bellerin being interested in a return to his homeland after nearly a decade in north London.

The 25-year-old is a popular figure at the Emirates both for his performances on the pitch and for his commitment to a number of social causes.

He has three years left on his current contract, but could be tempted to make a move after eight seasons at the Emirates.

The LaLiga clubs are hunting for a new full-back and have him in their sights as they look to build for next season.

Having joined Arsenal from Barcelona in 2011, Bellerin made a total of 195 appearances in all competitions scoring eight times and providing 25 assists.

He has also admitted to being impressed by the impact that boss Mikel Arteta has made since replacing Unai Emery, saying in February.

“Mikel has always been very tactical in his work and in his whole life, he’s very professional with very clear ideas.

“It’s very early doors in time. [Arteta] has a new philosophy and the way he has implemented it in the last few games that we’ve played, there’s been a big change.”

Bellerin is one of a number of footballers, including the likes of Manchester United’s Aaron Wan-Bissaka and Callum Wilson of Bournemouth, who have signed up the #FootballUnited campaign, which aims to raise £100,000 and help local communities through the coronavirus pandemic.

Proceeds donated to #FootballUnited will be collected by the National Emergencies Trust and used to support elderly and vulnerable people affected by the virus.

Players will use the social media tag and hope it will encourage other players and leading football figures to lend their support.