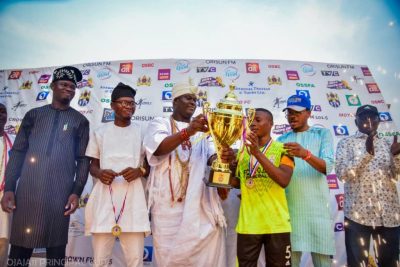 Oduduwa College of Ile-Ife was crowned the Ojaja II Principal Cup Champion for the second consecutive year after thrashing Progress Academy 3-0 in a
very interesting final.

The final had the Governor of the State of Osun, Alhaji Gboyega Oyetola represented by Hon Commissioner for Youth and Sports, Hon. Shina Peller.

Also in attendance at the final of the second edition of the Ojaja II
Principal’s Cup, on Thursday 5th March in Ile Ife were a member of the Federal House of Representatives representing
Iseyin/Kajola/Itesiwaju Federal Constituency and Assistant Technical
Director, Nigeria Football Federation, Mr. Siji Olagunju and other
dignitaries.

His Imperial Majesty Ooni Adeyeye Enitan Ogunwusi Ojaja II created huge side attraction when he juggled the ball around the pitch to the admiration of the spectators and
guests.

The Kabiyesi skillfully gave a rendition of his Loyola College days when he kicked off the game at the Oduduwa College football pitch on Thursday, March 5.

It was an easy ride for Oduduwa
College as they took the lead in the second minute when Adebiyi Pelumi
opened the scoreline with a superb volley from 12 yards out. Jeremiah
doubled Progress Academy’s trouble with a penalty kick sending the goal
keeper the wrong way before the close of half time.

Progress Academy enjoyed good possession for the better part of the
second half as they regrouped in an effort to get back into the game, but
their fate was sealed when Adebiyi Pelumi fired in a bicycle-kick which
handed Oduduwa College massive 3-0 win.

As the overall winner of the tournament, Oduduwa College, Ile-Ife
received a brand new 18-seater bus with additional N500,000 cash price
and a chance to participate in the Gothia Cup in Sweden later in the
year. 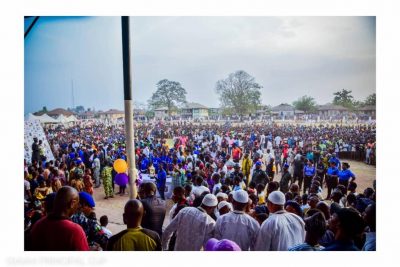 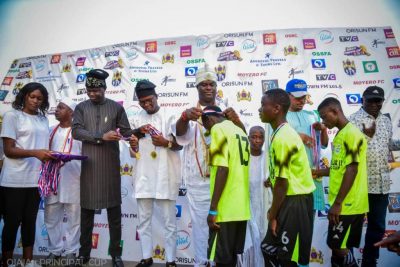 In the individual prize category, Adegbaju Abiodun of Oduduwa College emerged as the best player, while Adekunle Fatai of Progress Academy received the golden shoe as the highest goal scorer of the tournament

“Mr Governor is a man of the grassroots, that’s why he’s so much in love with Kabiyesi’s grassroots soccer tournament. I am marveled by the crowd here, this is an indication that grassroot sports is very much alive in Osun, and I am going to fully report to Mr Governor,” Lawal said.

“We as a government will support the next edition to the best of our ability to ensure that our younger ones are well motivated.”

In the same vein, Assistant Technical Director of the Nigerian Football
Federation, Mr. Siji Olagunju said it is was high time that the government at all levels rose up to the task of grassroots sports development and capacity building for Nigeria’s teeming youths
.
Adegbaju Abiodun who emerged as the best player told newsmen that he was
glad to win not only the competition but also the best player award. He
thanked his teammates and Kabiyesi for creating a platform that showcased his talent.

“In the next five years, I want to see myself playing football in England with Liverpool Football Club,” Abiodun with a smile.

The players of Oduduwa College, Ile-Ife and Progress Academy, Modakeke-Ife accompanied by their coaches, teachers and parents were later hosted to a dinner at the Ooni’s Palace where the project coordinator Mr. Akinola Martins, who spoke on behalf of the organisers,
thanked everyone for their support.

Akinola also thanked His Majesty for his continued support to the growth of the Nigerian youths, his relentless efforts in uniting and securing the future of Nigeria through sports and education. He also thanked the Government of Osun State for supporting the Ojaja II Principal Cup, and other guests for their presence.

He then called for support
from corporate bodies and other sports-loving Nigerians to support the
competition for better tournament in the subsequent editions. 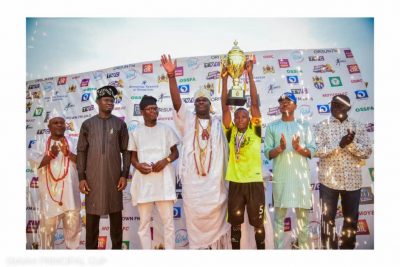