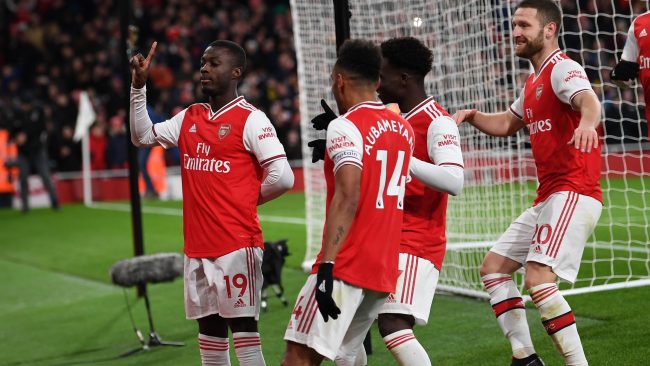 Bukayo Saka making his 16th league appearance, was outstanding for Arsenal as he provided the assist for Pepe to double his side’s lead in the 57th minute.

Saka has now assisted eight goals in all competitions this season, two more than any teammate; he also has the most assists of any Premier League teenager this season.

Aubameyang opened the floored gates of goals when he headed in Pepe’s cross in the 54th minute.

Ozil who had an outstanding display made it 3-0 in the 90th minute as he finished off Lacazette’s assist which Newcastle keeper Martin Dubravka failed to put out.

And in the 95th minute, Lacazette ended his goal drought with a neat finish off another Pepe assist.

Arsenal are now 10th on 34 points, seven points away from Chelsea who are fourth.