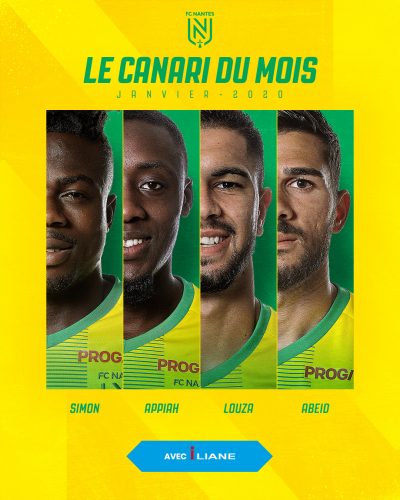 Nantes announced the four-man nominees on their official website on Saturday.

Simon was impressive for Nantes last month as he scored two goals and provided three assists in the five games he played in.

The other three players nominated for the award are Dennis Appiah, Louza Imran and Mehdi Abeid.

Fans of Nantes are expected to cast their votes to decide who emerges  the club’s January Player of The Month.

Simon had scored seven goals provided eight assists in 24 appearances in all competitions this season.