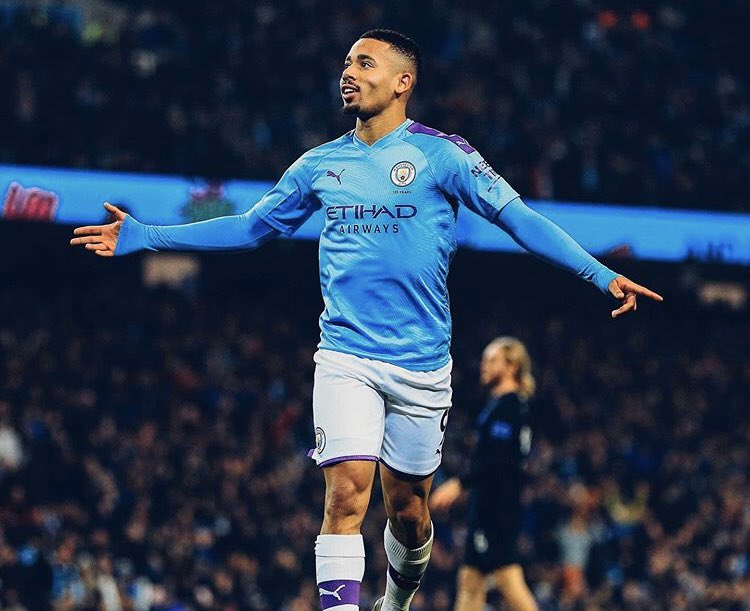 After a frustrating goalless first half, City broke the deadlock in the 51st minute as Jesus cuts inside and curled the shot into the top corner beyond Jordan Pickford.

In the 58th minute, Jesus doubled City’s lead
After picking up Riyad Mahrez’s pass and finished low at the near post.

Everton pulled a goal back on 71 minutes through Richarlison who fired in at the far post after Theo Walcott’s low cross.

City saw their goal scored 15 minutes in the first half by Phil Foden chalked off after Mahrez was judged to be offside in the build up to the goal.

City stay third and now have 44 points, while Everton are 10th on 25 points in the league table.

At the London stadium, David Moyes marked his return as West Ham United manager with a comfortable 4-0 win against Bournemouth.

A brace from skipper Mark Noble in the 17th and 35th minute (penalty) and a goal each from Sebastian Heller, 26th minute and  Felipe Anderson, 66th minute, saw the Hammers return to winning ways.

The win saw West Ham climb out of the relegation zone to 16th position on 22 points with Bournemouth now 18th on 20 points.

And at Carrow Road, bottom side Norwich City were forced to a 1-1 draw by Crystal Palace.