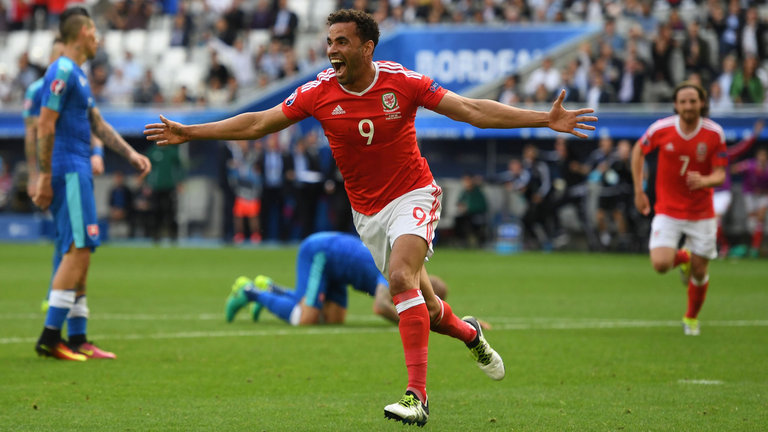 Meanwhile, Hungary face World Cup finalists Croatia and Holland take on Germany in tie of the round

The qualifying fixtures for the upcoming Euro 2020 finals are set to continue this coming Sunday afternoon (24 March) when Euro 2016 surprise package Wales welcome Slovakia looking for all three points on their own turf. Meanwhile, Hungary could well fancy their chances of causing an upset against World Cup runners-up Croatia, and Holland host Germany in the most mouth-watering tie of the day.

Before you go any further, head on over to the Oddsshark website, find your favourite betting site and get your own account up and running using your credit card. As a new customer and with the Euro 2020 qualifiers set to get underway later this week, there should be a wide range of promotions and special offers available to you.

First up, let’s start with the clash between Wales and Slovakia on Sunday afternoon. The Welsh have won two of their last three matches on home soil, including a narrow, 1-0 victory over Trinidad and Tobago in a friendly this past Wednesday afternoon.

Slovakia, meanwhile, have not won any of their past six matches on the road. Their last victory away from home came all the way back in October 2017, and if the Welsh are serious about reaching the Euro 2020 finals then this really is the kind of contest that they need to be winning.

And while the betting is close, it is indeed Wales who come in as the favourites to take all three points. You can more than double your money by backing the home side to win at 2.10, while Slovakia are out at 3.60 to do the same – a draw is priced in the middle at 3.25, according to Oddsshark.

And we are expecting home advantage to play a key factor in this contest. A narrow, 1-0 win for Wales sis priced at 6.00, meaning that a US$5 bet would lead to a US$30 pay out, while you can triple your money by backing a combo bet of a Wales win, coupled with a “No” to both teams scoring, at 3.20.

Hungary out to upset Croatia

Later on that same day, Hungary will be looking to get one over recent World Cup finalists Croatia. Hungary are unbeaten in their last three matches and have won their two most recent home games by a 2-0 score line.

Croatia, by way of comparison, have won just one of their last five matches, losing to France in the World Cup final as well as being thrashed 6-0 by Spain during that period. Their morale cannot be high as they approach what is likely to be one of the tougher tests in this qualifying group.

Nevertheless, it is Croatia who come in as the clear favourites to pick up the points on the road. You can back the visitors to win at just 1.80 while Hungary, despite home advantage, are out at 4.50 to do the same – a draw is priced in the middle at 3.50.

But we think Hungary’s fine recent home form could well continue here. A narrow, 1-0 win for the Hungarians is priced competitively at 12.00, thereby offering more than a ten-fold return on any investment, while a combo bet of a Hungary win, coupled with a “No” to both teams scoring, is priced at 7.50.

And finally, Holland and Germany are set to lock horns in the tie of the round. Holland are unbeaten in their last four matches, including a 3-0 win over Germany on home soil back in October

Germany, in stark contrast, are without a win in their last six matches. Their last victory came all the way back in June at the World Cup, although they were still eliminated at the group stage after losing to Mexico and South Korea.

And while the betting is very close in this one, it is Holland who come into the match as the slight favourites to take all three points. You can more than double your money by backing the home side to win at 2.40, while Germany come in slightly higher at 2.75 – a draw would appear to be the least likely outcome and is priced accordingly at 3.40.

And we are fully expecting Holland to inflict more misery on the Germans. A 2-1 win for the Dutch comes in at 9.50, while you can more than quadruple your money by backing a combo bet of a Holland win, coupled with both teams to score, at 4.33.