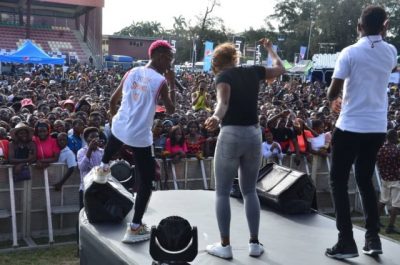 Infinix Achieved An Impressive Turnout At Its HOT 8 Concert Last Year: See What’s In The Works This Year

Big brands have super powers; they can shine their light on thousands of people and truly inspire them. They do this through several means. Sometimes they do it with their core brand message/slogan. For example; Nike – just do it, or Infinix – the future is now. These messages are subtly infused into all of their communications, encouraging us all in different ways to do extraordinary things.

When it comes to the African clime, Infinix is one of the leading smartphone brands. According to Statcounter, the brand is currently ranked second in Nigeria based on mobile vendor market share.

Over the years, the smartphone brand has kept pace with its clear-cut mission to empower youths with cutting edge technology and inspire them to do more in their respective fields of interest.

Asides from inspiring its core fans through its brand message, Infinix has also been able to empower many Nigerians in areas like business and entertainment through several campaign activities.

Infinix adopts a youthful brand personality and has a clear appreciation for all aspects of pop culture including entertainment. Spawning from its interest in entertainment, Infinix has made it a point of duty to support unique up-coming talents in the industry.

The Nigerian entertainment industry booms with outstanding musical talents, a majority of whom are youths. Last year, Infinix held an electrifying concert at the University of Lagos, bringing together some of these outstanding talents. But more importantly, Infinix created a platform for over 40 upcoming artiste with distinctive talents to perform on the same stage with these high-profile musical acts.

The Infinix HOT 8 concert was held at the University of Lagos. The concert followed the launch of Infinix’s entertainment-centric device – HOT 8. The concert had a massive attendance as over twenty thousand young adults trooped into UNILAG’s sport centre to have a swell time at the concert.

The audience was treated to electrifying music performances from some of Nigeria’s finest artistes including Mayorkun and Qdot. Between these spectacular performances, some young adults with amazing musical talents where given the opportunity to grace the stage. Some of these performers revealed, after the concert, that it was the first time ever that they had stood before an audience so vast. 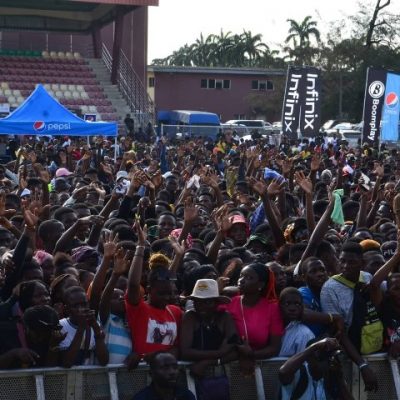 Infinix gave those talents the one thing that meant the whole world to them – a stage.

According to speculations by industry specialist, Infinix will be launching another HOT device in the coming month. Some say it might be even be earlier than anticipated. Interestingly, tipster have also said that the launch might be accompanied by a one-of-a-kind talent hunt.

Tipsters also say that some prominent Nigerian artistes will be featured during the competition as judges. However, nothing is conclusive as of this moment so the names of the proposed judges haven’t popped up yet.

Infinix has always been big on supporting young talents in entertainment but this time it looks like they’re going all the way. We look forward to the HOT 10 launch and the unfolding if this event.