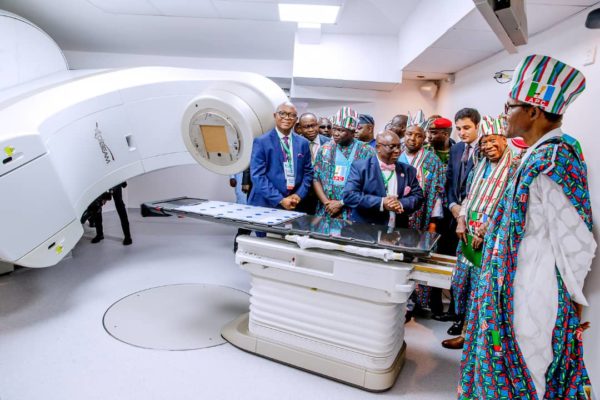 The Nigeria Medical Association (NMA) FCT chapter, has urged the Federal Government and hospital owners to undertake free screening exercise for cancer patients in the country.

The NMA chair Dr Ekpe Phillips said on Friday in Abuja that the issue of free cancer screening should not be a herculean task.

“It is important for the Federal Government to include free cancer screening in the National Health Insurance Scheme.

“If it is possible to embark on free antenatal, free delivery, free caesarean section among others, it is also possible for cancer patients to have free screening.

“The average cost of antenatal, delivery and caesarean section can range between N50,000 and N150,000 in any government facility while screening of cancer is less than N5,000.

“It is not a rocket science; it is just to have a willing President with a Minister of Health who are astute to emphasise on preferential preventing healthcare.’’

According to him, such free screening should involve both tertiary institutions and primary healthcare institutions, adding that it could go a long way in addressing the mirage of cancer challenges.

The NMA Chairman noted that acquiring cancer treatment facilities was expensive and, therefore, underscored the need for collaboration, to encourage private partners.

He said the collaboration could be achieved by reducing import tax on medical equipments and drugs.

Phillips accused the National Agency for Food, Drugs Administration and Control (NAFDAC) of putting difficulties on the way of Nigerians who were interested in importing equipment that could aid in the screening of cancer patients.

“NAFDAC is putting difficult obstructions on the way of importers.

“In as much as NAFDAC is preventing poisonous and dangerous things from coming into the country, it should not prevent things that would benefit the people,’’ he said.

American-Barbadian singer, Rihanna has condemned the killing of Nigerian youths protesting against the extrajudicial activities of the now-defunct Special…

Popular American-Trinidadian rapper, Nicki Minaj has declared support for the Nigerian youths protesting against the extrajudicial activities of the…

House of Representatives speaker, Hon. Femi Gbajabiamila, has vowed not to sign off the 2021 budget if adequate provisions…

The Inspector-General of Police, Mohammed Adamu, has ordered the immediate deployment of anti-riot police unit to protect lives and property…

The soldiers allegedly opened fire on protesters In what will come across as a really heartbreaking development, Nigerian soldiers…

Tragedy struck when security operatives made up of policemen and soldiers, in a bid to disperse #EndSARS protesters, opened…