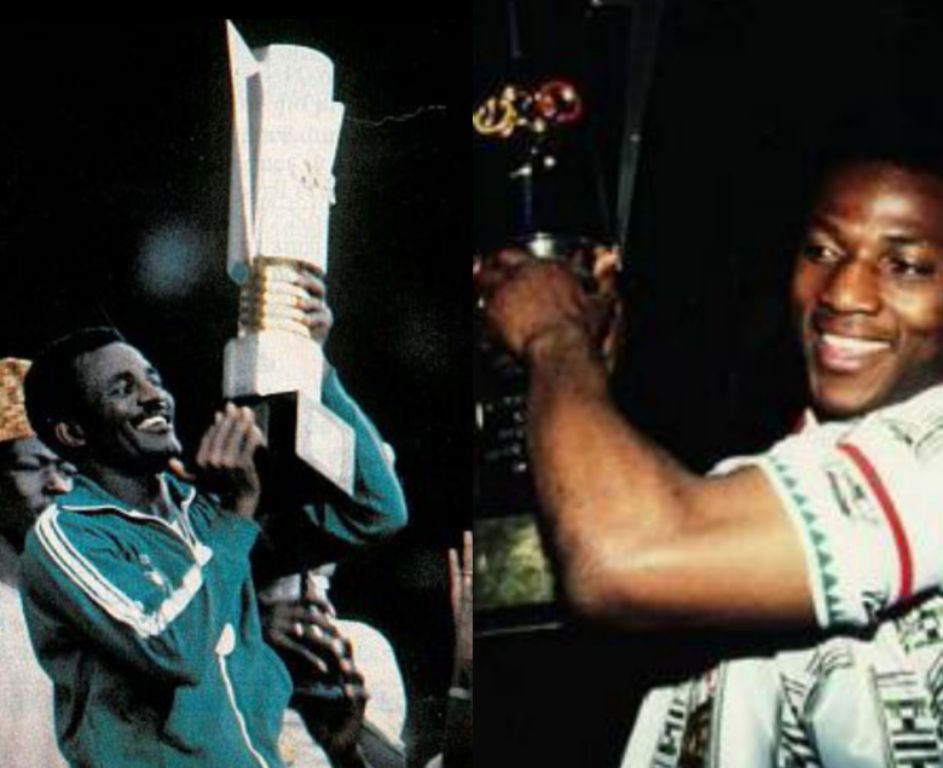 Who is the greatest Captain in the history of Nigerian football since Independence?

That is the question I asked 9 very seasoned and well-renowned Nigerian football aficionados that cut across several generations of journalism and administration.

Nigeria has had very many Captains (great and small) of the senior national team, either the Green Eagles or the Super Eagles, at different times in 60 years. Each one of them had their time in the sun. Some shone brighter, lasted longer and impacted more significantly than others.

In separating the giants from the Lilliputians, however, a few of the captains stand out as exceptional leaders of the national team that impacted and influenced the team’s fate, both on and off the field, for a long period of time. These captains were well respected by players and officials, and were a part of important landmark victories and achievements.

Without any disrespect to all the other great players that have also led the country as Captain of the senior national team at one time or the other, easily and in my humble opinion, the following stand some distance apart from the rest: Fabian Duru, the pioneer national Captain at Independence in 1960; Sam Opone, led Nigeria to the 1968 Olympics for the first time; Godwin Achebe, captain before and after the Biafra Civil War; Victor Oduah, led the Green Eagles to 2ndAll Africa Games Gold medal in 1972 and was captain of Africa X1; Christian Chukwu, led Nigeria to win the African Cup of Nations for the first time in 1980; Stephen Keshi, led Nigeria to the country’s first World Cup; Joseph Yobo, was captain for more years than any other player and went to 3 World Cups; and Mikel John Obi, went to 4 African Cup of Nations (twice as captain) and 2 World Cups.

With a few words each in response to my question, the 9 wise men picked their choice. Its turns out to be simple, straightforward and easy.

Stephen Keshi. Statistically played 62 matches but scored more goals for the country than any captain – 10 goals – a leader by example on the field.

Christian Chukwu. He led a team packed full of talented players and succeeded. That is the mark of a great leader.

Stephen Keshi. Most influential captain with longevity in that position. He commanded the respect of players and officials, that’s why they called him the Big Boss.

Christian Chukwu. He won medals as Captain in 1976 (Bronze), 1978 (Bronze) and 1980 (Gold). Respected by everyone, particularly all players, for his commitment, patriotism, and discipline.

Stephen Keshi. Quintessential captain. He defined 2 generations of Nigerian football. Spearheaded the crystallization of players from amateur to professional football. Captained in Nigeria, in Africa and in Europe.

Stephen Keshi. For the period of his reign he was the controlling factor in Nigerian football. In good and in bad times the players and the coach were completely with him. He achieved everything, and is well respected by all.

Stephen Keshi. He had all the attributes of a leader – charisma, style, passion, command, respect, authority.

Christian Chukwu: Was very first captain to lead and to win the African Cup of Nations for the first time in 1980, and was declared Player of the Tournament. He was a trail blazer.

At the end, the final choice appears to be a straight contest between The Big Boss and The Chairman. What do the generations of Nigerian players think? What does the Nigerian public think?