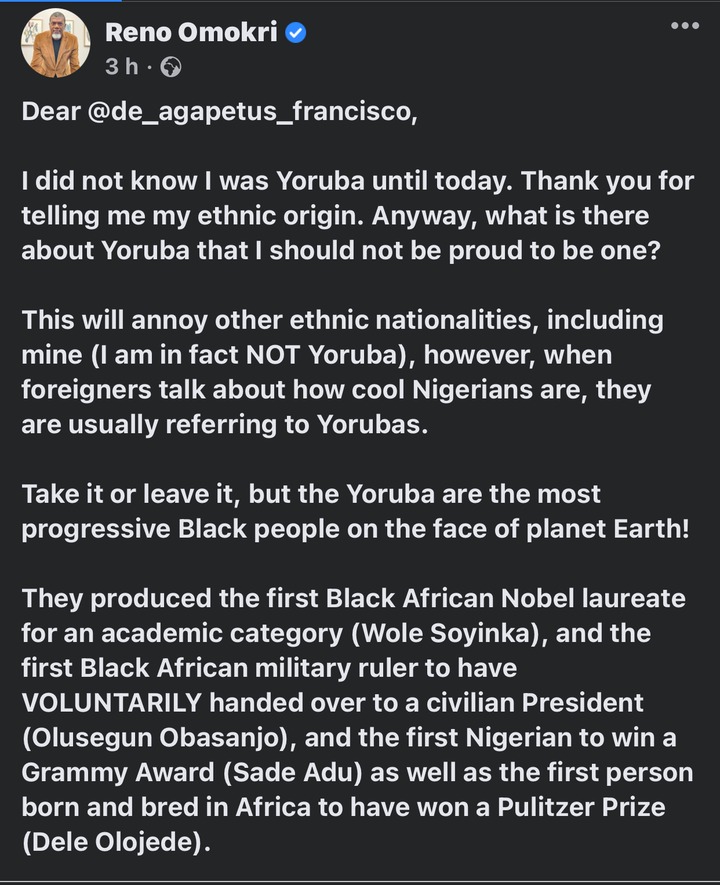 “I never knew I was a yoruba man until today, and it is a thing I should be proud of” – Reno Omokri

Popular Human Right activist Reno Omokri has made shocking revelations on his ethnicity. This came after a social media user blasted Reno Omokri for being a Yoruba man over an ethnical post the human right activist made online. 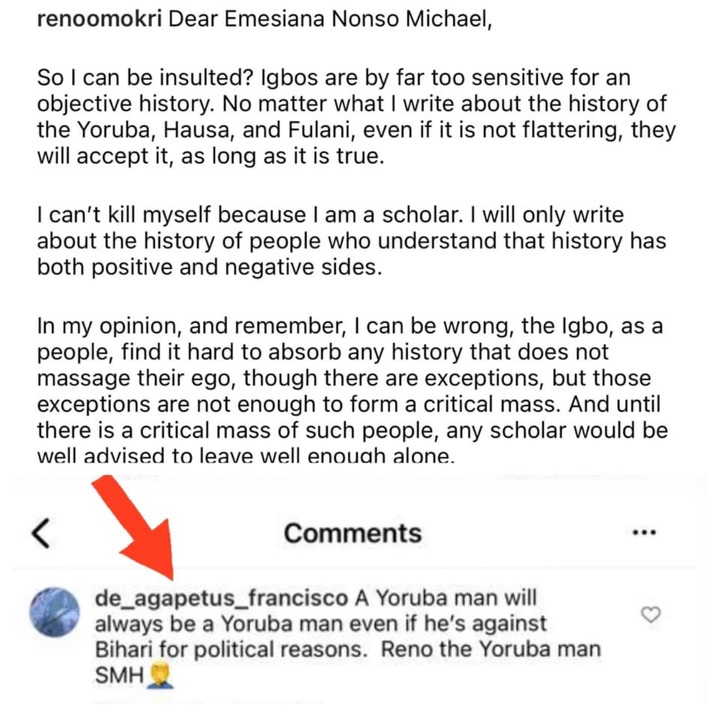 View pictures in App save up to 80% data.In the post above, Reno Omokri admitted he was a Yoruba man by ethnicity and further praised the ethnic group in his own words.

“I did not know I was a Yoruba man until today. What is there about Yoruba that I should not be proud. They produced the first Black African Nobel laureate for an academic category (Wole Soyinka), and the first Black African military ruler to hand over to a civilian President which was Olusegun Obasanjo, the first Nigerian to win a Grammy Award was Sade Adu as well as the first person born and bred in Africa to have won a Pulitzer Prize was Dele Olojede.

“There are an estimated 15 Black billionaires on Planet Earth. Three of them are Yoruba. More than any ethnic nationality in Africa. It used to be four, but one of them was Folorunsho Alakija who slipped down the rankings”

“US President, Joe Biden, named a Yoruba man, Adewale Adeyemo, as deputy Treasury Secretary. This is the highest position to which a Black African has been appointed in US history. Another Yoruba man, Dr. Oluyinka Olutoye, became the first person on Earth to successfully perform a surgery by taking out an unborn fetus from its mother’s womb and putting it back after the surgery. Thank you and may God bless you.” He ended