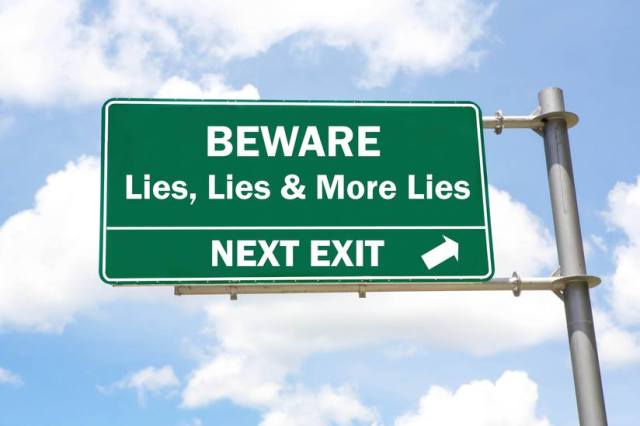 Nigerian man gives reasons why he wants to end his marriage

A man who claims he is seriously considering divorcing his wife is seeking advice.

According to the man, before he got married to his wife, she told him she has an HND for Kaduna Poly, a diploma in computer science, and she also claimed she was 27. All these he found out to be a lie.

From the day I met my wife, she was after marriage. In less than two weeks of meeting her, she started pressurizing me to meet her family members which I succumbed to.

These are what she told me at the beginning of the relationship:

My discoveries after marriage:

1) She doesn’t have any HND, infact no good WAEC result
2) She cannot even connect laptop to printer and print. She don’t know much about computer at all.
3) She doesn’t know how to bake cake. I discovered that the cake I asked her to bake for me, she gave the contract to her friend.
4) She was never pregnant. She had fibroid and that made her tummy big
5) She was 33 years.

NOTE: the reasons why I believed all she told me at the beginning was because she was a prophetess in her church. She speaks in tongues and prophesy many times and most of the prophecies came to pass.

I was even surprised that in less than two weeks of our relationship, she made move for se.x and we started having se.x. I did not even think of pre-marital se.x because I thought she was a holy woman.

The fibroid surgery was successfully done and she got pregnant and gave birth to a baby boy. I thought the coming of the child may make me to forgive her but I could not recover from her betrayal. I even hate her more.

She wrote WAEC last session and got nine credits but the memory of her betrayal is giving me a lot of psychological trauma. I love an educated woman and cannot see myself glued to an illiterate woman in the name of marriage.

Major problems that made me sent her out:

1) She refused to go to my church. She always want to go to her church and even want me to join her there which I refused.
2) She doesn’t like education at all. She hate going to school and will never carry book to read.
3) Anytime I have disagreement with her, she will call her elder brother. And they will come and talk to me, sometimes in a very condescending manner
4) She is not submissive, very arrogant and talks with anger, authoritatively.
5) She is a societal woman, she loves joining several associations of women and be going to meetings every sunday which I don’t like.
6) She value clothes more than human being. She can use any money from the family purse to buy Hollandis, lase, George etc just to dress to her church for show off. I am introvert but she is extremely extrovert.

I sent her out of my house three weeks ago. She is trying to come back in the disguise that she doesn’t want her child to be only one, that it will make the child suffer in the future but I told her I cannot allow her to my house again. I love my little child and I cannot live with such a woman who is full of lies and pretense. I just have hatred for such kind of people.

What do you think I should do?