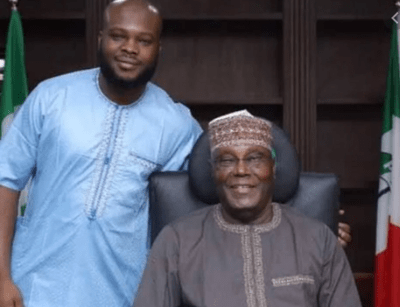 Mohammed one of the son’s of former Vice President Atiku Abubakar, has recovered from COVID-19 after testing negative twice for the virus.

Mohammed had his confirmatory negative test result released this afternoon and says he will be discharged from the Abuja Isolation center soon.

Mohammed was confirmed to have contracted the virus on March 19th and was subsequently transferred to an isolation centre on the outskirts Abuja.