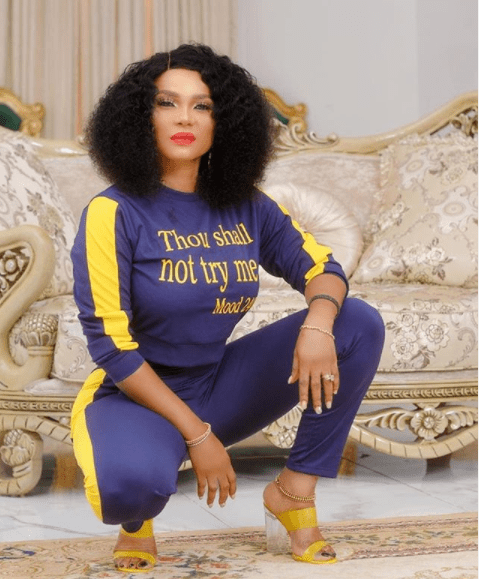 Nollywood actress Iyabo Ojo in a post she shared on her Instagram page alleged that she is being threatened after saying she will no longer support the APC or PDP in any election.

Few days ago, Iyabo stated that she will no longer campaign for the two major political parties as she campaigned for an end to bad governance.

In a new post she shared, she alleged that someone sent her a message on celebrities not taking on government and the need for her to calm down.

So this morning I wake up to a message from a friend in the Media, he said someone sent this to him
.
Now, if you are close to Iyabo Ojo, advise her to calm down. Smart celebrities who have brains don’t take on governments ooo.
I was somewhere and her name was mentioned.
Are we now threatened to silence?