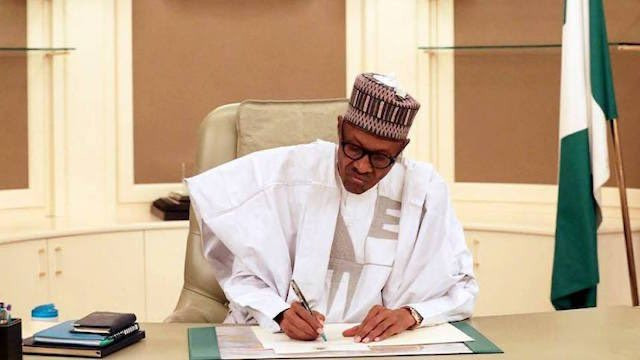 The Federal Executive Council (FEC) approved the award of contract for the development of the proposed Kano–Katsina-Jibia to Maradi rail line in Niger Republic and to Dutse, the capital of Jigawa, for a total cost of $1,959,744,723.71, inclusive of 7.5% VAT.

The rail project is expected to serve as a major booster for the transportation of petroleum product from the Refinery and Petrochemical company in Maradi in Niger Republic which is already sending some refined petroleum product to Nigeria.

The Ministry of Transportation headed by Rotimi Amaechi also got approvals for rather award of contract for the design, manufacture, supply, testing and commissioning of one railway crane of 150 ton capacity for emergency and recovery of rolling stocks.

The Council also approved the N12.088b for the Section two of the Ohafia to Arochukwu road.

The Minister of Works and Housing, Babatunde Fashola while briefing after the virtual FEC meeting presided over by President Muhammadu Buhari, disclosed that the section comprises Umuahia/Bende/Ohafia road in Abia State

The contract was approved for construction at N12.088 billion comprising a distance of 45 kilometers to complement Section One which was previously awarded in 2018.

“ That section is the section from Bende/Arochukwu to Ohafia which was 19.27 kilometers. So with this award now, the entire length of the road is now under contract with the same contractor and we hope for expeditious execution.”

Minister of Information and Culture, Lai Mohammed, said FEC also approved the procurement of 1,800 units of laptop computers for training school and computer-based test examinations at three Nigeria Customs Service training schools in Gwagwalada, Lagos and Kano for a sum of N351,540,000, with a completion period of six weeks.

Mohammed who briefed on behalf of the Minister of Finance, Budget and National Planning, Zainab Ahmed said the Ministry also got another approval for N197,843,100 for the expansion of the Nigeria Customs Service’s cash management’s software in compliance with International Public Sector Accounting Standards (IPSAS). This is also going to enhance the efficiency of the Department of Customs.

The Ministry of Niger Delta Affairs also got additional approval of N745.2 million, as part of the procurement of Field Forensic Auditors for the forensic audit of the Niger Delta Development Commission

This brings to the total number of field forensic auditors to 16 in addition to the earlier approved Lead Forensic Auditors, messrs Olumiluwa Bashir and Co.

“These people are now going to be charge of the nine states of the Niger Delta which has been divided into 16 lots. As I stated earlier, lots one is Ernst and Young for the headquarters. They will be undertaking the 19 years of audit and also bring out the organigram for restructuring of the NDDC for better performance in future.

Council also considered and approved the need to attach investigative security agencies, the relevant ones to each of the team to ensure transparency and also to be sure that whatever comes out is acceptable to not just in Nigeria but to the international community.

On his part, the Minister of Interior, Rauf Aregbesola said, the Ministry got approval for the award of contract for the procurement of 52 number operational Green Maria vehicle to facilitate effective operation in the Correctional Service as well as ease of movement of awaiting trial inmate from the Custodial centres 247 of them in all to about 5022 courts in Nigeria.

“This is to compliment what we have already acquired between 2016 and 2019 of about 451 Operational Green Maria vehicles. The objective is to ensure that the delay associated with trial of inmate” he said