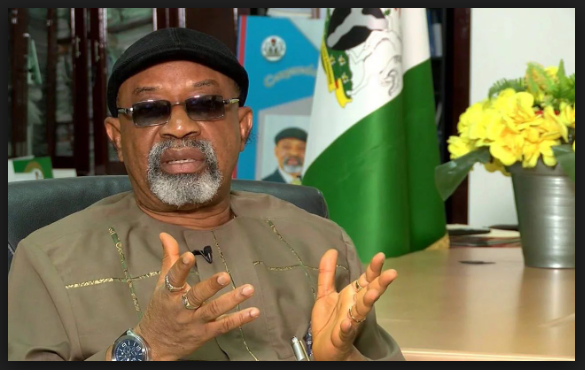 Minister of labour and employment Dr Chris Ngige, who appeared before a house of representatives ad hoc committee investigating the suspension of the management of Nigeria Social Insurance Trust Fund (NSITF), dragged Hon James Faleke who he threatened with a lawsuit days ago.

Before answering questions, Ngige said that members of the committee were his younger brothers except for Faleke who he said might be up to 60.

However after the lawmaker representing Ikeja federal constituency interrupted and disclosed that he is over 60, the Minister further insisted that he is a small boy as he (Ngige) is in same age bracket with Faleke’s mentor, Asiwaju Bola Tinubu.

“So you are near my age, at least I am seven years older than you. I’m the same age with your mentor in Lagos, Asiwaju.

After Faleke interrupted again by saying that Tinubu “won all his elections very well” ( a remark which appeared as a shade to Ngige whose election as governor of Anambra state was nullified in 2006), the Minister fired back by saying;

“No problem about that, just like you won your own in Kogi state very well. And you are now the deputy governor and governor of Kogi state.”

Faleke was running mate to Abubakar Audu in the 2015 Kogi governorship election, but was denied the governorship ticket when Audu suddenly died before the election was completed.

“I’m the same age as your mentor, you’re a small boy, if you yab me, I yab you back 10 times.” pic.twitter.com/ychbsLiXHA