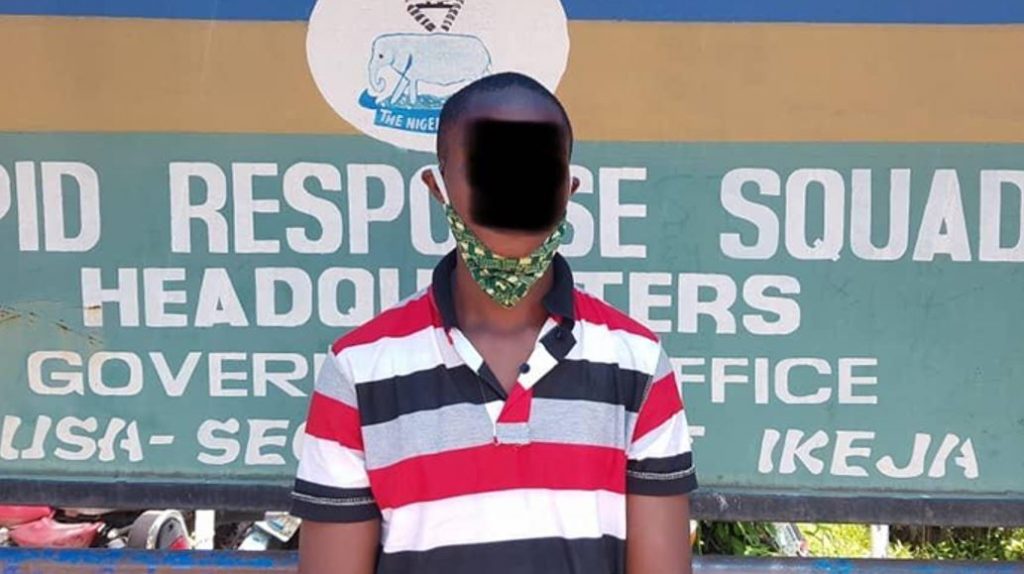 19-Year-Old Who Was Plotting To Blackmail Singer, Salawa Abeni With Nude Photos Has Been Nabbed 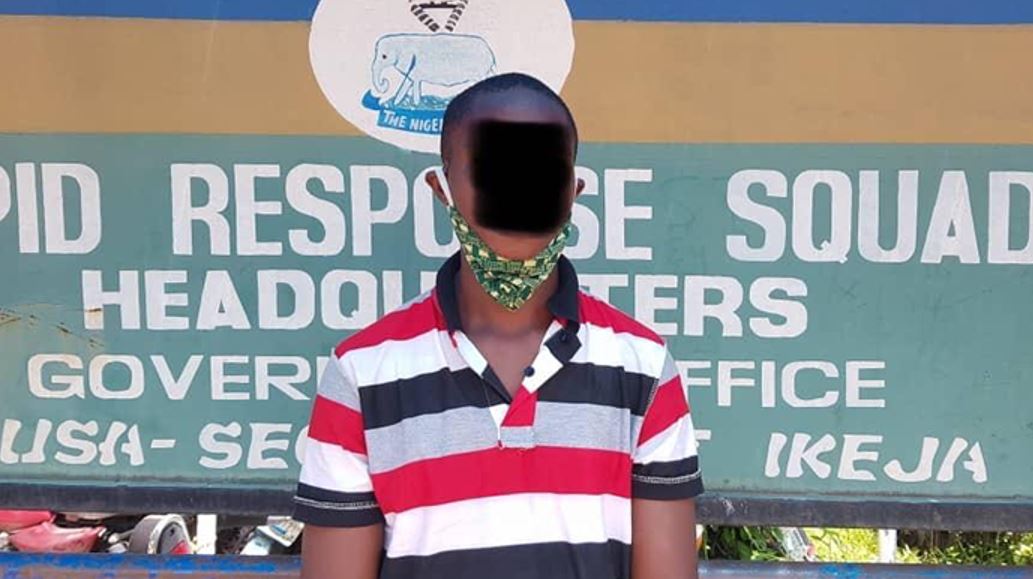 The suspect, Olufowoke Emmanuel, said to be a resident of Ogun State, was picked up by the decoy team of the RRS last Thursday.

The police were said to have been trailing Emmanuel for three days.

The artiste recently went on social media to raise the alarm over plans to blackmail her with her nude photos.

She posted her WhatsApp conversation with the suspect and the purported old photos he planned to use for the blackmail.

The Commissioner of Police, Mr Hakeem Odumosu, was said to have in April 2020, directed the Commander, RRS, DCP Olatunji Disu, to fish out the blackmailer.

After the technical diagnosis of the complaint, the decoy team was said to have narrowed down on him.

The police said Emmanuel could not be picked immediately because of the prevalence of the COVID-19, adding that he was later arrested.

The suspect, in his statement to the police, allegedly confessed to the crime, saying he wanted to extort money from the artiste.

The Electrical Engineering graduate, reportedly said he saw the nude pictures in a memory card he picked up on the floor in YABATECH in November 2019.

He added that after downloading the photographs on his phone, he got Abeni’s mobile number from her Instagram page.

“On 1st of April, 2020, I chatted her up and also called her after sending a few of the photos to her online.

“My intention was to negotiate with her for a few bucks and for me to destroy the photographs.

“I thought everything was going on fine until the following day when I heard the news of the blackmail over the radio.

“I was with my mother. She even cursed the blackmailer unknown to her that I was the one behind it.

“I immediately sneaked out, destroyed the memory card, and threw my mobile phone and SIM card into a nearby wetland in Magboro.

“Since then, I never mentioned it to anyone and called Madam Salawa Abeni about it again,” he said.

The Lagos CP, Odumosu, said no individual would be allowed to commit a crime in Lagos from any state or escape to other states in Nigeria to evade arrest.

He advised parents to monitor their children, emphasising that the Internet was a fertile ground for opportunities but the command would not allow criminals to use it to exploit law-abiding residents.