Panic As Fresh Crises Hit PDP In States Over 2023

Fresh crises are erupting in Plateau, Ekiti, Kaduna, Ogun and other state chapters of the Peoples Democratic Party (PDP) as political actors in the states have begun calculations ahead of the 2023 general elections.

There is anxiety in the states as political rivalry over control of party structures ahead of 2023 is gaining momentum with political gladiators nursing different ambitions and interests.

Some party stalwarts have, however, expressed fears that if the Prince Uche Secondus-led National Working Committee (NWC) does not wade in to save the situation, the crises, which were deepening by the day, would spell doom for the party in the next general elections.

In Plateau, two factions of the party have emerged in form of caretaker committees. While one faction is led by Hon. Nandom Pyennap, the other is led by Mr. Yakubu Choco.

Daily Trust reports that both factions are claiming legitimacy and authenticity while the national leadership of the party has maintained silence.

In Ekiti, Daily Trust gathered that while there are parallel ward executives across the state, there is a standing suit instituted to stop the party from recognising the list of executives produced by the Haruna Manu–led ward congresses committee in the state.

The state chapter of the PDP was thrown into a fresh crisis when the Olujimi and Fayose factions produced parallel executive lists after a botched congress.

A stalwart of the party in Ekiti State, Sen. Duro Faseyi, however, said, “NWC’s intervention is necessary to restore peace to the party, unite the members and ensure the party’s ability to return to power in Ekiti.”

The Kaduna chapter of the party is also engulfed in crisis leading to the suspension/ expulsion of key party stalwarts in the state.

Sen. Suleiman Hunkuyi, Dr. John Danfulani and four others were on May 16, 2020, suspended from the party over alleged anti-party activities which the PDP said was backed by Section 57 (3) of the party’s constitution of 2017 (as amended).

The state Publicity Secretary of the PDP caretaker committee, Abraham Catoh, had on Tuesday said the seven-man disciplinary committee headed by Hamza Ishaq Danmahawayi had sent letters of invitation to all the suspended members to appear before it, but that only Hashimu Garba appeared to defend the allegations against him.

Catoh stated that after consultation with some critical stakeholders of the party, the state working committee had met on Monday to consider the recommendations of the disciplinary committee which recommended expulsion of Hunkuyi and others.

He said while Hunkuyi’s expulsion was reviewed to a six-month suspension, that of Dr. Danfulani and Ubale Salmanduna was upheld.

Reacting, Danfulani said the party’s constitution has no provision for a caretaker committee and that as such his expulsion from the party cannot stand.

He said that only a fully elected state executive had the right to set up a disciplinary committee.

He further said the matters, the committee sat on were before a state high court and a federal high court, adding that, “Their action is in contempt. I want to assure them that their action can’t stand. It’s an action in futility; a waste of energy and time.”

The PDP National Publicity Secretary, Kola Ologbondiyan, told our correspondent in an interview that, “The issues will soon be resolved internally.” 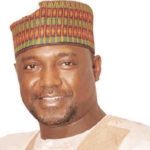 Behold! These 4 Chelsea players to be replaced President Buhari shuts down Abuja, Lagos and Ogun over increasing number of covid-19