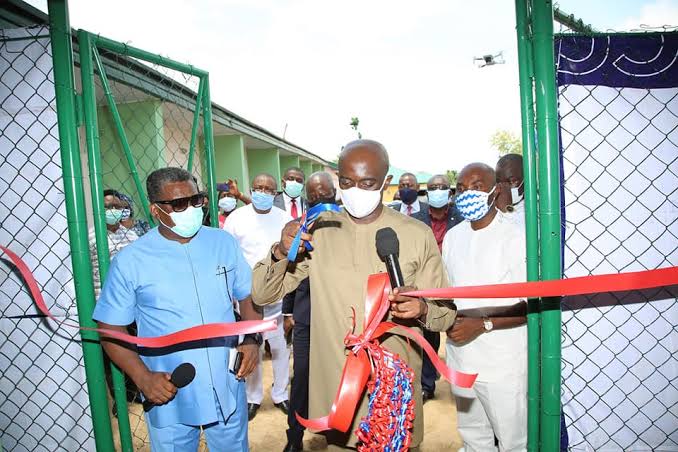 The facility was rehabilitated and equipped under a partnership involving the state government, the private sector Coalition on COVID-19 (CACOVID) and the NYSC.

Secretary to the State Government (SSG), Mr. Chiedu Ebie, who performed the official opening ceremony on behalf of Governor of Delta State, Ifeanyi Okowa, said that the government was being proactive towards managing the COVID-19 pandemic should the number of infected persons suddenly rise beyond the present number which has seen the state recording 17 confirmed cases as at the time of the inauguration.

Ebie said that the establishment of the centre was sequel to the directive by the Federal Government to NYSC to make available some of its facilities nationwide for the treatment and management of COVID-19, adding that while the state rehabilitated the building, CACOVID provided the state-of-the-art medical equipment.

He thanked the private sector donors for their patriotic gesture and valuable support to Delta State in the fight against the Coronavirus pandemic and called for more support to win the battle.

The State Commissioner for Health, Dr. Mordi Ononye, said that with the inauguration of the facility, the state’s capacity to deal with the pandemic has been greatly enhanced.

The health commissioner also disclosed that the state had begun the process of community testing for the COVID-19 beginning with 19 wards in Udu Local Government Area as well as special focus on Oshimili-South and Oshimili-North, even as the installation of a testing centre in Asaba has increased the state’s testing capacity to 4,000.

Ononye said, “This is a 100-bed isolation unit, fully equipped with mobile X-ray and mobile ultra-sound and every facility required to handle patients that will be treated here even though it was initially designed to be a holding centre.

“We believe that with this facility, the capacity of the state’s COVID-19 response team to deal with COVID-19 related issues has been greatly enhanced”.

In his remarks, representative of CACOVID and Zonal Manager of Zenith Bank Plc, Mr. Lucky Ighade, thanked the state government for its commitment in handling of the COVID-19 pandemic, assuring them that CACOVID was determined to render more support in the nearest future.

Meanwhile, three more COVID-19 patients were discharged same day, bringing the total persons so far discharged to six while eight cases were undergoing treatment in the state at that time. Three persons confirmed with the disease in the state have died, two before the confirmation of their status. 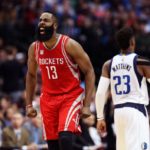 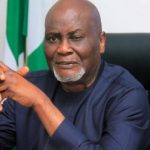