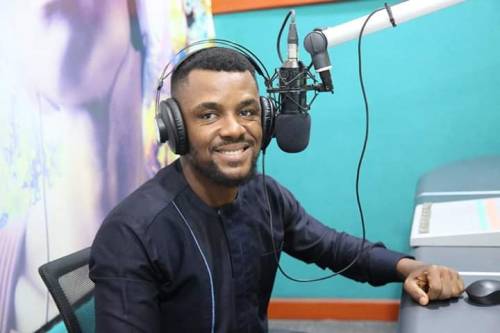 SaharaReporters has uncovered a sinister plot by the Akwa Ibom State Governor, Mr Udom Emmanuel, and the Department of State Services to keep a sports journalist working with XL 106.9 FM in Uyo, Kufre Carter, in detention perpetually despite fulfilling his bail conditions.

Carter was arrested by the DSS on April 27, 2020 over a purported private phone conversation with an anonymous medical doctor, which the Akwa Ibom State Government alleged castigated the state’s Commissioner for Health, Dr Dominic Ukpong, over his poor handling of the COVID-19 pandemic.

The Attorney-General of Akwa Ibom State arraigned the journalist on a three-count charge bothering on alleged defamation, which carries a maximum punishment of three years imprisonment in the event of conviction.

Following the arraignment, his lawyer applied for his bail, which was not opposed to by the Director of Public Prosecutions, who represented the Attorney-General.

Chief Magistrate Winifred M. Umohandy admitted Carter to bail in the sum of N3m with one surety in like sum.

The magistrate asked that the surety must be a Permanent Secretary with the Akwa Ibom State Government or a civil servant on Grade Level 17.

The court also asked that Carter obtain a letter from the head of his village to confirm his identity.

To the consternation of many, the Attorney-General of Akwa Ibom State, Uwemedimo Nwoko, appeared in court and opposed the variation of bail conditions.

However, on Monday, May 18, 2020, Hon. Justice Archibong Archibong, of the High Court of Akwa Ibom State, rejected Nwoko’s arguments and varied bail conditions, which the judge found to be “stringent”, “excessive” and “unaffordable” and reduced the bail bond to the sum of N200,000 to be executed by a surety, who should be resident within the jurisdiction of the court.

The court also asked the journalist to obtain a letter of identification from a prominent person in the state.

Following their victory at the high court, lawyers to the journalist perfected and fulfilled his fresh bail condition on Friday, May 22, 2020, which was approved by Magistrate Umohandy.

The magistrate also mandated a police sergeant attached to the court to go to the DSS command in Uyo and secure the release of Carter.

The DSS claimed that the state’s Attorney General had earlier written to them not to honour the court order because the government had appealed.

However, authoritative sources have told SaharaReporters that the governor and his Attorney-General know that their appeal was hopeless but that they only want to manipulate the judicial process in order for the DSS to continue to detain the journalist on the pretext that there was an appeal.

A source close to the Attorney-General told SaharaReporters that the state government was desperate and willing to do anything to prove that “nobody can fight the government”.

The source said, “The plot is that government intends to abandon their motion for stay of execution at the High Court in Uyo and file a fresh motion for stay of execution at the Court of Appeal in Calabar by Wednesday or latest Friday. You know that the first motion was fixed for this Monday for hearing but could not go on because of the public holiday declared by the Federal Government.

“The AG spent a lot of money for compilation of the records of appeal which they want to transmit to the Court of Appeal in Calabar so that their so-called appeal can be entered. Once that is done on Wednesday, the AG will claim that the High Court in Uyo has no jurisdiction to hear his first motion for stay of execution. He will then ask Justice Archibong Archibong to hands-off the case and allow the Court of Appeal in Calabar to determine his fresh motion for stay of execution.”

The source also told SaharaReporters that the state government was depending on the slow process at the Court of Appeal, which will take time before their motion for stay of execution was determined. He said that Nwoko is hoping that before his fresh motion for stay of execution was heard and determined by the Court of Appeal, the journalist, who has already spent one month in DSS custody, would have spent many more months.

He said, “The truth is that they are just buying time and using delay tactics. They have mounted enormous pressure on the court registry in Uyo for them to hurriedly compile and transmit the records of appeal.

“Normally, the Registry has 60 days to do that but the Attorney-General, who has been restless, intimidated the registry to conclude it within seven days. As I speak to you, the AG has spent a lot of money on this case and is determined to spend more just to prove a needless point.”

Another source within the Akwa Ibom State Judiciary told SaharaReporters that the serious interest shown by the state governor in the case had surprised many people within the judiciary.

He said despite the interest shown by the governor in the case, the state government had not been able to influence the high court judge, who reduced the bail condition.

When SaharaReporters contacted lawyer to the journalist for his response to the story, Inibehe said that he had seen and heard too many unpleasant things since the case commenced that he cannot say publicly.

“But in this case, the notice was hurriedly given within few minutes after the ruling. As at the time they issued the notice, the Certified True Copy of the same ruling that they are appealing against was not ready. How do you settle and compile non-existent records? I am lost for words.”

Amnesty International, the International Press Centre and other human rights groups have expressed dismay over the refusal by the DSS to release Mr Carter despite perfecting his bail conditions.