Some Ogoni women have taken to the streets of Khana Local Government Area of Rivers State, to protest over the continued detention of the manager of the demolished Prodest Hotel, Dr Bariledum Azoroh.

The women who protested semi-nude, called on the state Governor, Nyesom Wike to release Bariledum.

Bariledun was fined N50,000 and quarantined for 14 days after he was reported to have tested positive to Coronavirus.

The women, including the mother of the hotel manager, Beewo, threatened to go totally naked if the state government failed to release their son soon.

Some of the placards displayed by the protesters read, ‘Ogoni cannot lose another son again’, ‘Wike, please, release our son’ and ‘Our son is innocent’, among others.

Beewo said, “My son is innocent; since I was born, I have never seen such intimidation and victimisation. Please, Governor Wike, release my son.”

“As a mother, I have been traumatised and took ill since the arrest of my son. Mr Governor, I believe you have a mother and brothers. How will you feel if someone treats them the way you are treating my son?”

Another woman, who gave her name simply as Grace, said Bariledum was healthy and nothing was wrong with him.

“There is no sickness in our son’s body. That is the truth. We beg you in God’s name to release him. Our son does not have the COVID-19 sickness,” she stated. 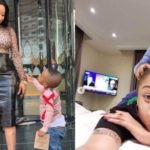 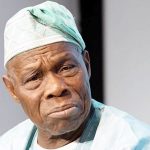 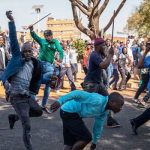 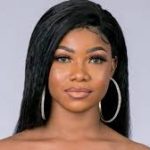 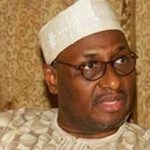