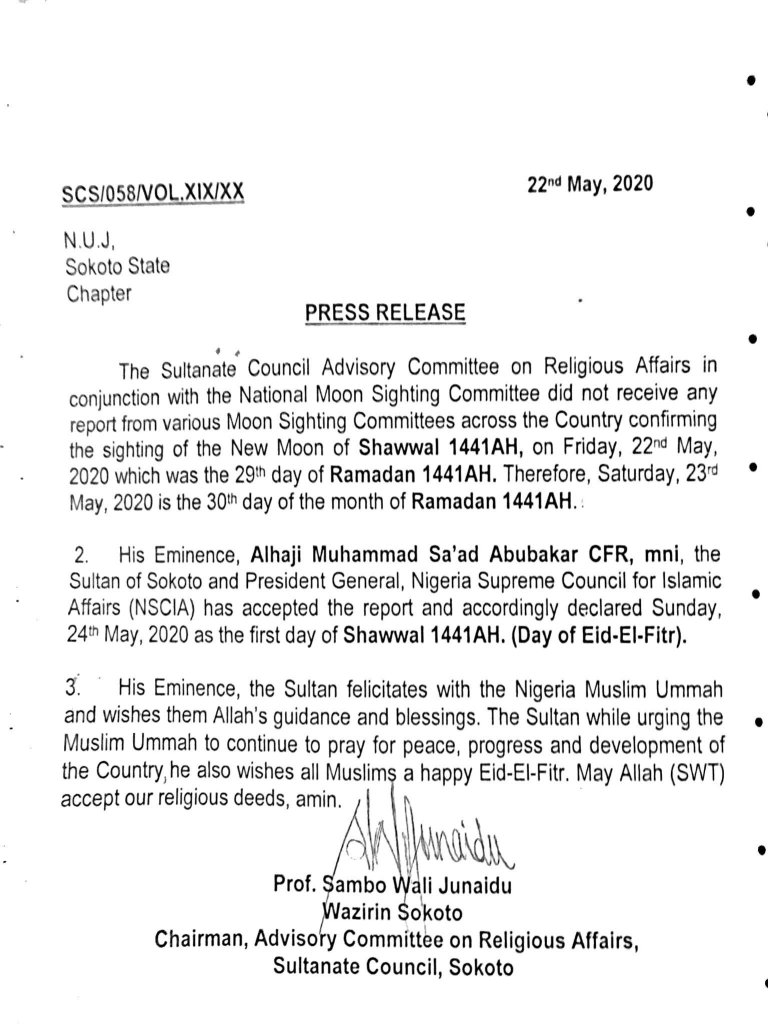 The Sultanate Council Advisory committee on Religious affairs in collaboration with the National Moon Sighting committee earlier announced that they never received information about the sighting of the moon from other moon sighting committe and therefore came to a conclusion that the 30th day of The month of Ramadan is the 23rd of May.

The Sultan Of Sokoto Alhaji Muhammad Sa’ad Abubakar accepted the report and declared the 24th of May as the day Eid-El-Fitr.

In a press release signed by the Chairman, Advisory Committee on Religious Affairs, sultanate Council, Sokoto, professor Sambo Wali Junaidu, the Sultan of Sokoto facilitated with Nigerian Muslims and wished them Allah’s blessings and guidance during the period of Ramadan.