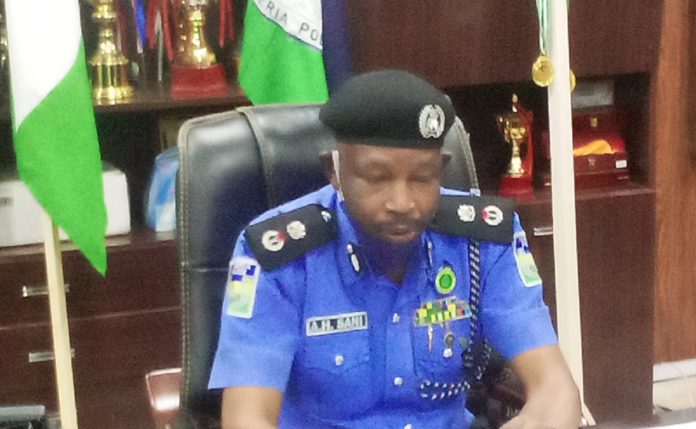 No fewer than 413 offenders were arrested and prosecuted by police in Kano at various entry points while trying to sneak into the state, despite the lockdown order.

He  said security agents also impounded 98 motor vehicles, 58 tricycles and 80 motor cycles, at the 34 entry points in 17 front line Local Government Areas in the state, within one week.

According to him, “after mapping the State, strategic deployments of both human and material assets of the Command were made to 34 strategic points/areas across 17 frontline Local Government Areas that bordered Kaduna, Katsina, Jigawa and Bauchi States to checkmate and enforce the interstate movement restriction order.

“Despite these developments, some commuters bypassed the checkpoints and follow unconventional routes including feeder roads and earth tracks. Strategies were reviewed and the Command’s various Community Policing Committees were adequately utilized to support the operations.”

He added that, ‘itis worthy to note that, the Lockdown Operations and commitments have not affected the Command’s Crime Fighting Efforts and discharge of our internal security mandate.

“This is evident from our last Press Release of 15th May, 2020 where 197 suspects were arrested and large catch of Arms and Ammunitions recovered. We will continue to be committed and resolute in fighting all forms of crimes and criminality in the State, in line with international best practices and rule of law.

“I remained grateful to the good people of Kano State for their cooperation and obedience to the Lockdown Order. I urged everyone to observe personnel hygiene, social distancing, wear face-mask and regular hand washing. Stay Home and Stay Safe.”