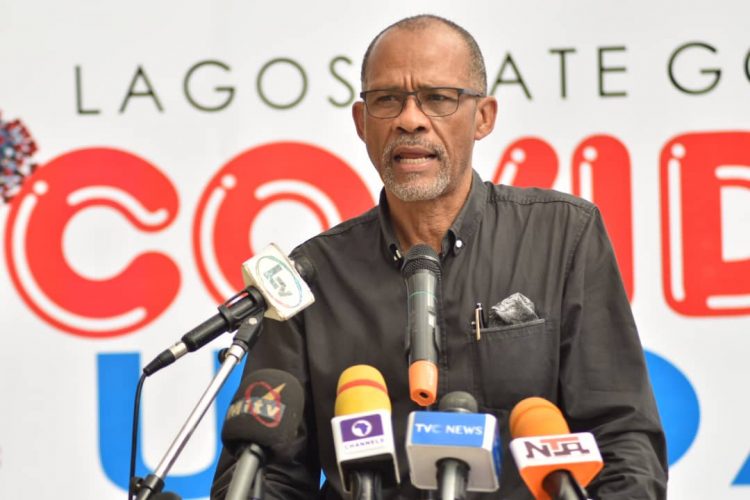 The Lagos State Government on Thursday raised the alarm over alarming rate at which people who tested positive for Coronavirus are absconding from treatment.

Commissioner for Health, Prof. Akin Abayomi, at a news conference in Ikeja, Lagos, said the huge figures being announced as positive cases in Lagos were just on paper as there is increasing rate of abscondment in the state.

He said the reason for the high rate of abscondment might be due to stigmatization.

“As we diagnose and try to find patients, we can’t find them, the trend is increasing, maybe because of the stigmatisation. We are working hard to know why people are stigmatised. There are people practising self-home isolation, some gives us fake numbers, they abscond, they are isolating themselves.

”In essence, many Nigerians or Lagosians are practising home isolation. We are trying to transmit to home-base isolation, especially if you are mild, we are working on it. In another week, we will give you the parameter how we will intergrate home base care,” he said.

He appealed to Lagos residents to stop hiding their COVID-19 status, especially those who have tested positive and encouraged those around them to stop stigmatizing such individuals.

The Commissioner, who announced that so far 16,000 tests have been conducted in Lagos, said the State was currently conducting 800 tests per day at four testing laboratories and was due to ramp up the testing capacity to 1000 per day very soon.

While describing the daily increase in the number of positive cases announced in Lagos by the Nigerian Centre for Disease Control, NCDC as normal and within parameters, Abayomi said the State is expecting to see about 250 positive cases per day from next week.

He said the State woukd be abiding by the NCDC’s recommendation on the use of one negative test reading before discharging COVID-19 patients.

The Commissioner explained that the State was currently conducting clinical trial of hydroxy-chloroquine and would soon begin the validation of rapid tests kits.

According to Abayomi, rapid test would be conducted on patients who present at hospitals for any ailment to determine their COVID-19 status before admission.

On COVID-19 phobia by health workers, the Commissioner noted that it was a healthy one, but that the State Government had trained its healthcare workforce on infection control and management which included the wearing of protective equipment before attending to patients.

Reacting to reports of harassment by security operatives on the use of mask, Abayomi ponnted out that it was mandatory in Lagos but clarified that the lone occupant of a vehicle was not in public nor those alone in a place.

Giving an update on the status of Nigerians evacuated from Dubai by the Federal Government, the Permanent Secrtary in the Ministry of Health, Dr. Segun Ogboye said the first set of returnees would be given their passports today, since those of them who tested positive were already being managed.