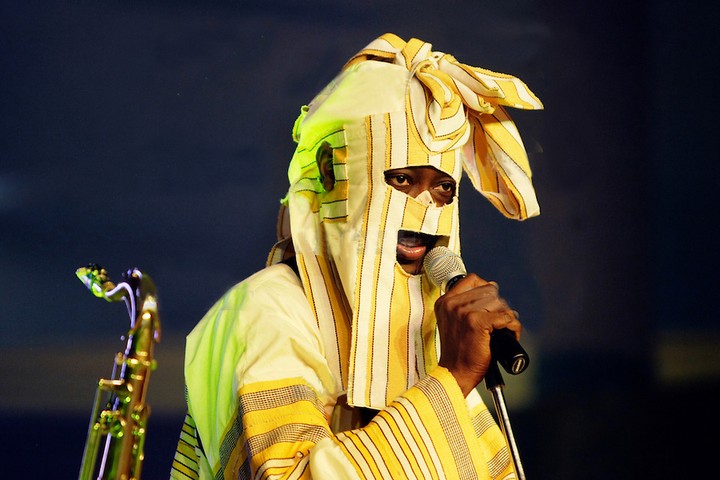 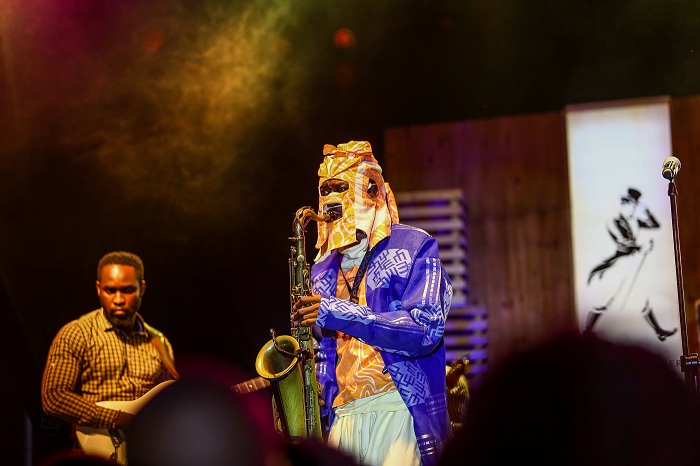 Bisade Ologunde, veteran Nigerian afrobeat musician and percussionist, who turned 60, earned the encomiums and well wishes of top Nigerian personalities on Tuesday as they celebrated him.

Ali Baba, Dele Momodu, and Atiku Abubakar were among the notable names who felicitated with the singer known as Lagbaja.

Ali Baba said: “The history of the commercial success of stand up comedy can’t be written without mentioning the role this man, @officiallagbaja played in its, process, development, and activating the cash.

“From #SeaGarden to #Motherlan’, he was very clear about how he wanted me to be part of his project.

“Ali, I want you on stage by 12 midnight till 12:30 or thereabout. Can you handle it?” He asked me at an auto mechanic shop on Oregun.

“I had seen him play at some events in different parts of Lagos. I knew he had a cult following amongst the upwardly mobile young men and women.

“I said yes. And were My assumptions right?

“I need intelligent and spontaneous jokes that will cut across, Yoruba, Igbo, Hausa, and all others who will come to watch us. And I want you to yab (to make fun of someone) them well well.”

“What l then said must have sealed it. “Shey you won’t say I should tone it down?”.

“There was one guy, who sat in at the meeting. He had eyes like a Tortoise Car. His mind was half there at the meeting… and half at the BMW he had instructed one of his mechanics to fix.

“His fears were not unfounded. Because, as he was trying to respond to my rhetorical question, the car the young apprentice was trying to jack up, rolled over what he used to wedge the front tyre.

“We all dashed to assist in pushing the BMW back from where it had rolled into the door of another car.
It was a sloppy workshop.

“Lagbaja was wearing brown chinos and a checked top.

“He turned to the mechanic, Adeoye or Ade something, (it’s been long) “So, what do you think?”

“He is the man”. And returned to dealing with the vehicle bumper.

“Lagbaja, at this time, was sitting on the burnet of a car, got up to his feet and shook my hand. “See you on Friday next week”

“That Friday came. And The crowd was as predicted, lawless, loud, and unruly. They were rich. I had a goal to reach. So, I left the jokes. Mo bu shege kuro lara awon were (I really abused them). Gradually, they started to listen. There was a new sheriff in town.

“And from SeaGarden to Opebi, the art and act of Stand Up were eased into the corporate world. Banks. Oil companies. Conglomerates. Military boys… all in.

He said: “Happy birthday ore e mi (my friend) LAGBAJA OMO BABA MUKOMUKO… Wow, arugbo ti nde ooo (You are getting old)… We’ve come a long way together and we have every reason to thank God… We were lucky to have escaped our dangerous missions during the June 12 crisis… Congratulations, ore mi atata (my very good friend)… IRE KABITI(more blessings).”

Atiku Abubakar said: “60th birthday greetings to ‘omo baba muko muko’, the masked one who was #COVID19-proof long before this season. I wish you many more years in strength and good health.”