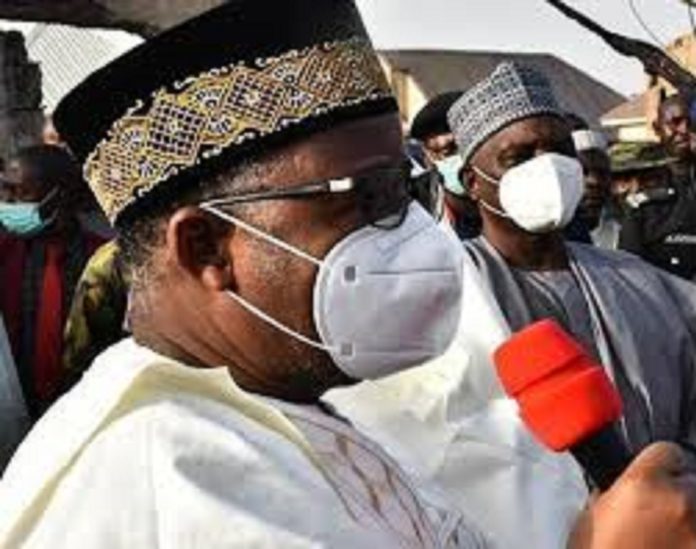 The Bauchi State Budget Monitoring and Public Procurement Agency says the administration of Governor Bala Abdulkadir Mohammed has awarded projects in critical sectors of the economy worth over 45 billion naira within the first year of the administration.

The Chairman  of the Agency, Engineer Joshua Sanga stated this when he addressed newsmen in Bauchi, He said the over seventy projects awarded followed due process and were issued with certificate of no objection.

Engineer Sanga said the Agency is fully involved in the award of  the projects and it will monitor them to ensure their execution in line with procurement act.

He said, the state has made alot of progress and compliance in the execution of project across the state and in all the identified sectors.

” Since the advent of this administration, we have a record of over seventy contract awarded valued at about forty five billion naira and this is unprecedented as there is no Government that came between ten to eleven months that awarded a contact of such amount in a short time.

” His  Excellency, the governor needs to be highly commended on that and Bauchi people need to appreciate the gesture, if you look round Bauchi, you will see new projects of over five hundred classrooms build or renovated, you look at the roads on going, there are alot of projects awarded in this administration and the governor is a very workerholic person, he ensure that he keeps us on our toes to ensure that jobs awarded are being done as the law permits on us and agreed by the contractors, so the governor is doing alot of projects and we are deeply involve in the award and the execution of such projects.”

The Chairman said the mandate of the agency is specifically in the areas of procurement of government projects, ensure that money budgeted for the execution of projects is judiciously used and to ensure the value for money is being driven from each and every project awarded by the government.

He said to ensure execution of projects in line with international best practices, Governor Bala Mohammed has engaged the services of Engineer Emeka Eze, a former engineers who was Director General in the Bureau  of Public Procurement to work out modalities of revamping the agency.

“The governor is about to celebrate his one year in office, the Akuyam road is about forty five percent completion, Yalwan Duguri to Burga it’s a very big project, I was there just last week and it’s thirty percent, NITEL and Raji quarters is one hundred percent completed even hospital road Azare and Tafawa Balewa road are hundred percent, Sabon Kaura is seventy percent completed, alot of roads, even recently some have been awarded like the Hajj Camp is being constructed so that Muslim pilgrims will have a place stay during Hajj activities and alot of hospitals have been renovated, when you look at the blocks of classrooms as I say over five hundred newly built and other renovated, even water projects, over seven hundred boreholes have been awarded through partnership with UNICEF and RUWASA and is still with the backing of the state government alot of communities now have water to drink, so the projects are going on very well even some are also being awarded as at now especially with the coming of this COVID-19 alot of attention had been turned to the health sectors but not totally because we don’t want other sectors to suffer.”

Engineer Joshua Sanga who noted that, being one of the key components of the State Fiscal Transparency, Accountability and Sustainability Programs(SFTAS), the agency has worked very hard with other relevant MDAs to achieve the desired objectives ,said that has qualified the state to access the grants worth billions of naira recently for the years of 2018 and 2019.

The Chairman while congratulating Governor Bala Mohammed for the remarkable achievements in the last one year, assured him of the total support of the agency for the success of his administration.

“We pray he will continue with  the execution of developmental projects, the Governor has been given us free hand and we pray he continue to give us free hand to operate as an independent office, and we promise not to fail him or disappoint him, we will make sure people of Bauchi benefits from each and every Kobo budget for projects and to the glory of God.