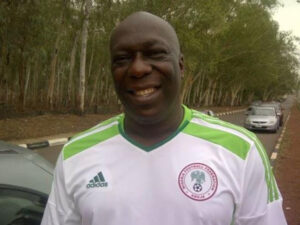 The Presidency on Tuesday disclosed that President Muhammadu Buhari has approved a planned military operation to flush outs bandits in the northwest states of the country.

The military operation is codenamed “Operation Accord.”

The unsigned statement which originated from the State House in Abuja noted that though the president has authorized the operation, further details will not be revealed so as not to jeopardize the mission.

It added that though the operation is targeted as a particular region, all states of the federation are equal and important to the president.

It also acknowledged the call by the Senate on Tuesday as earlier reported by Naija News for military personnel to be deployed to some identified states in the country to curb the activities of insurgents and bandits.

The statement said: “The Nigerian Ministry of Defence has concluded plans for the commencement of ‘Operation Accord,’ a major military exercise aimed at flushing out insurgents from the contiguous states of Kaduna, Niger, Katsina, Zamfara, Sokoto and parts of Kebbi State.

“While today’s Senate resolution is perfectly in order, it is important to state that in his duty as Commander-in-Chief, President Muhammadu Buhari has already approved the commencement of this operation.

“Beyond this announcement, no other details concerning the mode, scope, timings, and other essentials will be revealed so as not to compromise its success.

“It is, however, important to outline the fact the all the states of the federation are equal and important before the President. None has suffered any discrimination up to this point, and none will be made to suffer any such discrimination in dealing with security and all other matters on account on their political differences with the government at the centre.”