A Ghanaian police officer has shot dead a young Nigerian man who reportedly violated social distancing order to party with his girlfriend at a hotel amid the coronavirus pandemic.

According to reports, the unidentified man was allegedly gunned down when the police were trying to disperse attendees at the party.

A video posted on YouTube by the deceased’s friends indicate that another unnamed man was also killed during the incident, and the corpse was seen in the video being taken to the hospital by some people.

ALSO READ: Federal Government Issues Strong Warning To Ghana And Togo Over Attacks On Nigerians In Their Countries

In the video, a lady could be seem lamenting the killing of the man whom she said came to pick up his girlfriend before being ‘wasted’ by the Ghanaian police.

“What happened this night was tragic. The police have just killed a Nigerian man. He simply came to pick his girlfriend and they shot him. But he was foolish, he shouldn’t have engaged the policemen in an argument; they simply wasted him,” she said in pidgin English.

The police were seen taking away the fun-seekers away for violating social distancing protocols amid the coronavirus pandemic.

ALSO READ: Five Nigerians Arrested In Ghana For Robing And Sleeping With A Woman In Presence Of Her Husband 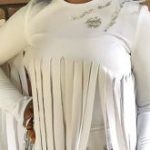 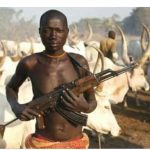 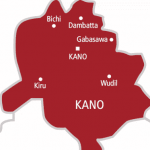