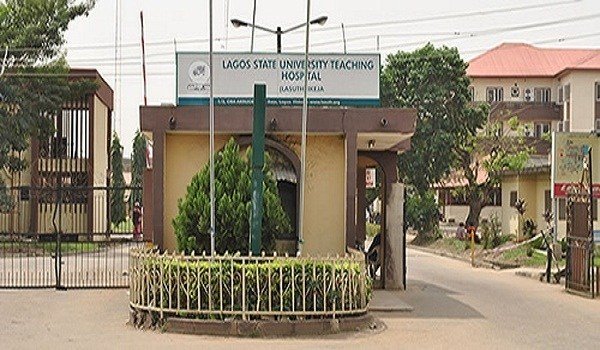 How LUTH Officials Conspired With My Brother’s Lover To Hide, Loot Him – Sister Makes Stunning Claim

According to The Nation, a woman, Mrs. Ngozi Adenuga, has accused some medical and social workers at the Lagos University Teaching Hospital (LUTH) of conspiring with her mentally unwell brother’s lover to hide him while withdrawing millions from his accounts.

Mrs. Adenuga, in a petition to the Area C Command, Surulere, alleged all efforts by the family to take their brother, Solomon Akukwe, a former worker at Chevron out of the facility for proper medical attention has met brick wall as his handlers only took instructions from the lover, Mariam Seidu, 28.

Trouble, according to Adenuga, started after one of Akukwe’s aides alleged the lady moved the man to unknown destination and was making plans to evacuate his properties, including his cars.

She said the informant told her Seidu was also using the man’s Automatic Teller Machine (ATM) card to make alleged suspicious transactions while still at his residence in Lagos.

Adenuga alleged that her brother suffered periodic mental illness, which made them move him to a rehabilitation centre in Abuja for treatment where he met Seidu before they eloped to Lagos.

In the petition titled “obtaining by trick (OBT), conspiracy to deteriorate a man’s health and plans to hijack his wealth,” received by the Area Command on May 14, Adenuga urged the police to intervene in the matter to prevent breakdown of law and order or choice to resort to terminal lawlessness.

She said those involved in the alleged plot were her brother’s lover, Seidu, were a doctor at LUTH, Prof. Adeyemi, Matron, Alhaja Lateef and the hospital’s social worker Ms. Tade.

Chronicling how Akukwe started suffering from what she terned “Spiro-psychiatric” which altered the way he thinks and acts, Adenuga said it began when one woman made him chase out his first wife and only son.

“She created a lot of chaos for my brother until he was almost totally retarded mentally.

“Under this situation, she made away with so much money after successfully ensuring no family member had access to my brother.

“When she eloped suddenly, another lady met my brother at a rehabilitation centre in Abuja where she eventually took him and became his new lover because she found that the man had some money.

“She did this together with the officials at LUTH with the aim of keeping my brother in the hospital to siphon his resources.

“The hospital workers, acting on the instruction of the strange lady lover do not allow us to see our brother in Idi-Araba to know exactly how he is faring.

“On a certain day, I got to LUTH to discover that the hospital team was operating my brother’s phone. Before they moved him to LUTH, my brother was almost okay. There is no doubt that there is a dangerous conspiracy going on and our ultimate fear is that these parties aforementioned are out to kill my brother and confiscate his assets.

“We are worried that if nothing is done quickly their overt and covert desires may come to fruition and will lead to dangerous inter-families and social clashes,” she alleged.

But Seidu denied taking Akakwe to LUTH without the family’s consent, insisting she contacted Adenuga who asked her to contact Dr. Adeyemi who had treated him in the past.

Asked about allegations of hijacking the man’s finances and blocking the family access to him, Seidu declined comments and told our correspondent to contact Prof. Adeyemi or go through official channel to get further information.

“Go to LUTH and get the facts from there. Discuss whatever you want with the Professor in LUTH. I wouldn’t have acted on my own free will. It was the same sister that asked me to get in touch with LUTH so he can be managed because at one point, he was treated at LUTH.

“I will not answer any further question please. Make your enquiries from the Professor at LUTH or go through official channel to get information,” she said.

Contacted, Prof. Adeyemi said it was unethical to discuss issues pertaining to the patient without his authorisation, confirming that the hospital’s management already saw the petition and were investigating the allegations.

“Actually, it is wrong to discuss people we look after without their consent. It is unethical.

“The petition was brought to the attention of the hospital and management is addressing it.

“I am sure action will be taken in respect of that. It will be wrong to talk to the press about a patient we are handling without his authorisation,” said Adeyemi.

Ms. Tade told our correspondent to contact the hospital’s legal director, noting that the unit was in charge of the matter and the hospital would issue a statement to that regard.

Contacted for official response, LUTH’s spokesman Ngo Otuneme, said he was unaware the management was investigating the matter, claiming it was not an issue he would like to discuss on the phone.

“This is not an issue I want to discuss on the phone. I think the person alleging should come to the hospital for complaints and we can take it up from there.

”I do not know the management has seen the petition and is investigating. I am not aware,” he said.