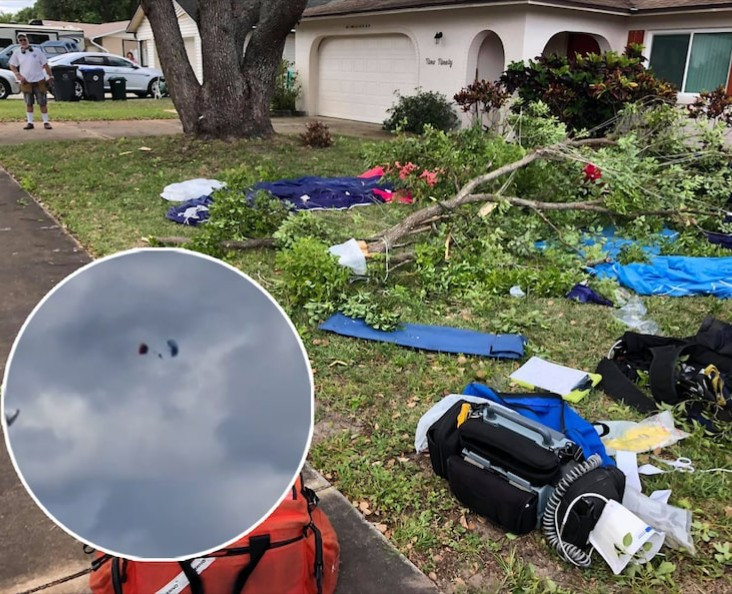 Oh No! Two Skydivers Fall From The Sky After Their Parachutes Got Entangled Mid-Air (Video)

Two skydivers fell from the sky when their parachutes tangled mid-air and they landed on the ground hard.

The terrifying ordeal was captured in Florida by Facebook user Christina Renfroe on Wednesday, May 13.  She was walking her dog when she happened to spot the drama unfold in the sky. 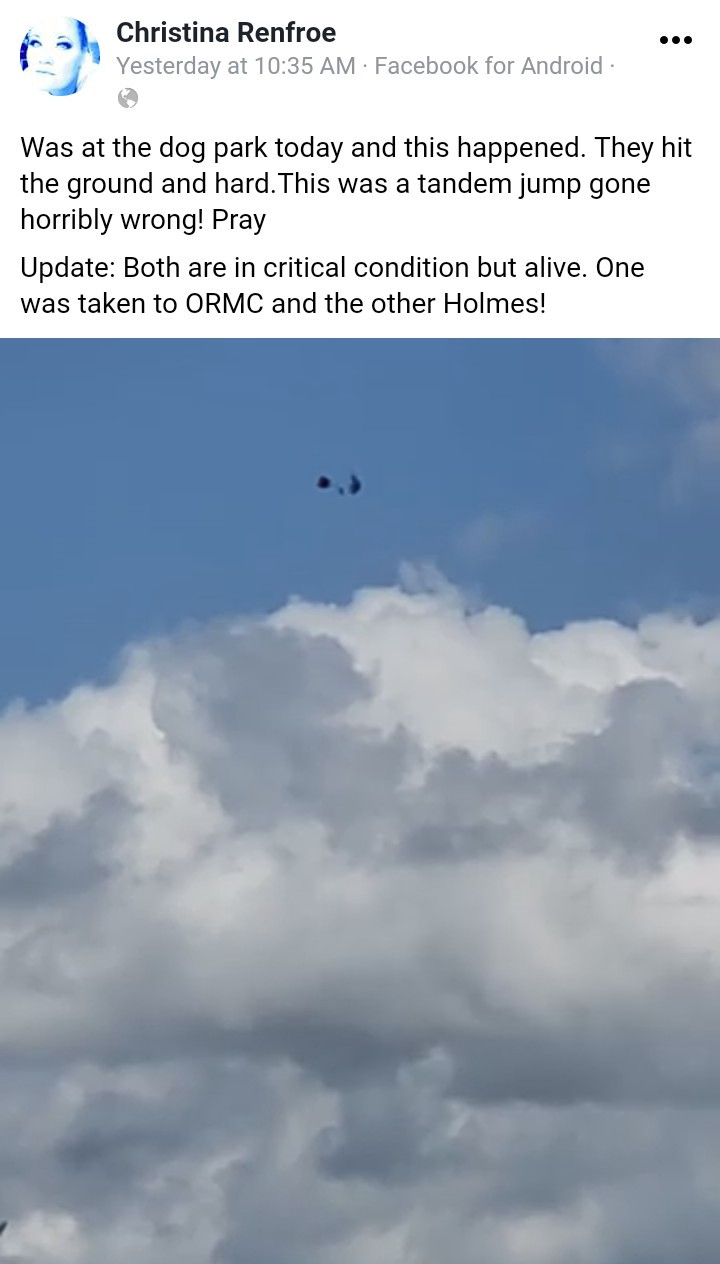 “Was at the dog park today and this happened. They hit the ground and hard,” she wrote. “This was a tandem jump gone horribly wrong! Pray.”

She later gave an update, explaining that both skydivers survived but are in critical condition. 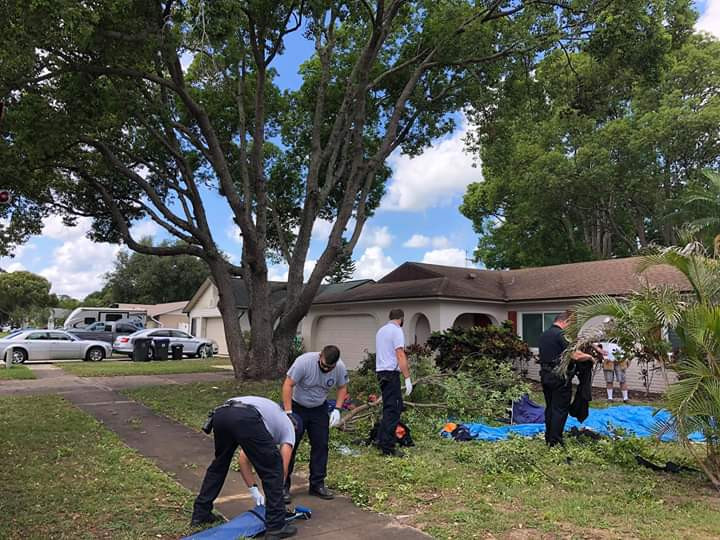 Emergency services rushed to the scene, where miraculously they found both divers alive but in critical condition, on the front lawn of a home.

Both patients were immediately flown to hospital via helicopter. 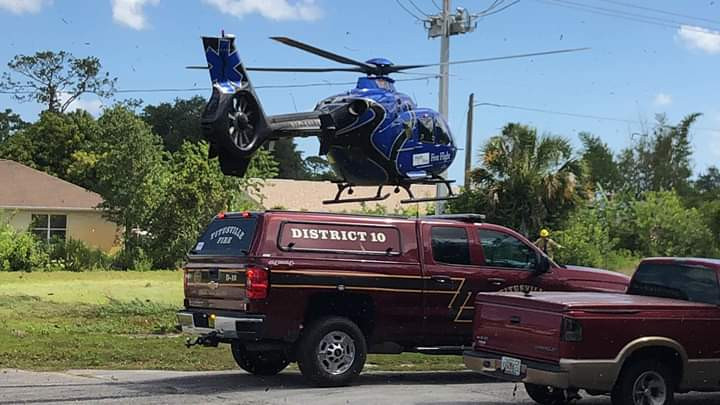