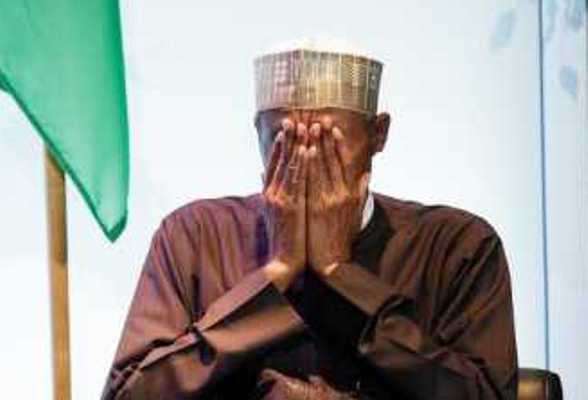 Human Rights Writers Association of Nigeria, HURIWA, has described President Muhammadu Buhari’s appointment of his tribesman, Professor Ibrahim Gambari as his Chief of Staff as nepotistic, adding that the singular action has diminished the President’s status as a statesman and a nationalist.

HURIWA also criticised the appointment of Gambari into a public office when the same man was a Minister when most Nigerians now were not born about four decades ago.

The Rights group said the choice of Gambari, who is almost 80 years of age, shows that President Buhari loves gerontocracy rather than democracy under which he was elected.

In a statement signed by its National Coordinator, Comrade Emmanuel Onwubiko and the National media affairs director Miss Zainab Yusuf, and made available to DAILY POST on Thursday, HURIWA said it was unfortunate that for five years, Buhari has been consistent and has indeed ramped up his soft spot and his passion for always and often picking his tribesmen, women and religious associates from the north into strategic national offices since the last five years.

HURIWA also affirmed that with the alleged rash of appointments into the federal character Commission (FCC) and the Police Trust fund ( PTF ) in which northern Muslims are nominated as chairmen and executive secretaries.

The group said it was now clear that contrary to the widely held belief that it was the late Chief of Staff to the President, Abba Kyari who was to be blamed for sectional appointments made since the last five years, that the President himself is directly responsible for these appointments that are in breach of the federal character principles enshrined in the constitution.

HURIWA added that “The demise of the immediate past Chief of Staff Abba Kyari was seen by some observers as the end of nepotism and sectionalism in the Muhammadu Buhari-led administration because those accusing the then powerful CoS from Borno State assumed that as someone who belonged to the infamous Kaduna Mafia, and had lived in Kaduna metropolis which is the centre of Pro-northern politics, that he was instrumental to the heavily biased pro-northern appointments made by the current administration since the past five years.

“But now with these many appointments by President Muhammadu Buhari after the demise of the Chief of staff, it has manifested clearly that President Buhari is personally responsible for these one-sided strategic appointments given to the North.

“Ibrahim Gambari is Fulani. That the President does not even trust a Southerner as his Chief of Staff shows that the much-touted legacy that Muhammadu Buhari is a nationalist and a statesman is at best a ruse and propaganda.”

HURIWA stated that the first public comments by the newly appointed Chief of Staff Ibrahim Gambari that he is not answerable to Nigerians but to the President have shown the danger of nepotism and favouritism in making national appointments in a complex society like Nigeria.

“It is, therefore, a closed matter for Nigerians to expect any quality public service from a man who tells the citizens not to expect accountability and openness from him whilst he holds a publicly funded office.”

HURIWA recalled that when asked what Nigerians should expect from him as Chief of Staff, Gambari told reporters at the Presidential Villa in Abuja: “We have not started. I’ll have to find out. I don’t report directly to the nation, I report to the president.”

He said he would be offering his “loyalty, competence and support” to the president, adding that as the chief of staff, his guiding principle would be “to serve the president to the best of my ability.”