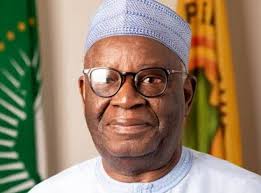 Ibrahim Gambari: A past ridden with backstabbing, Amb. Fafowora recalls

President Muhammadu Buhari hs yet to announce officially who his new CoS is. But Twitter and Facebook have.

And the new man, a 75-year-old egghead and ex-diplomat, Prof- Ibrahim Gambari, has been taken apart by those who know him.

One of them is former ambassador too. Amb Dapo Fafowora, in his memoir, claims he gave Gambari a leg-up to the international scene then.

But the former diplomat regretted he ever new Gambari, and his verdict on the professor, if he ever becomes Buhari’s gatekeeper, is not palatable.

Here is an excerpt:

I know Ibrahim Gambari quite well. I was the one who in 1981 brought him to the UN at his request as a member of the Nigerian delegation. He was then a senior lecturer at the ABU. In fact, the late Prof Audu, who was then Foreign Minister actually advised me against inviting him to the UN. But he had strong academic credentials which impressed me. He had obtained his first degree in political science from the LSE, and a doctorate from Colombia University in New York. We were looking for strong delegates to the UN General Assembly and I considered him the kind of delegates we were looking for.

So, I invited him as one of our delegates to the UN General Assembly. He was at the UN in New York with me. I gave him and his wife my city apartment which I was not using free for 3 months plus a car. I liked him and I was not seeking any favours from him.

After 3 months he returned home and sent me a note thanking me for giving him the first opportunity to visit the UN as a delegate and giving him his first experience at multilateral diplomacy.

However, he sent President Shagari a secret and private note that while he was at the UN, he observed that I had not been attending the meeting of Islamic states at the UN. President Shagari sent the note to Prof Audu who forwarded it to me in New York. He didn’t even ask me for any comments on Gambari’s secret memo as Prof Audu fully understood that Nigeria had traditionally not been attending meetings if the Islamic states as we were not then a member of the Group.

Gambari asked for a private meeting with President Shagari which Prof Audu advised against. I was shocked that someone I had helped so much turned round to betray me so blatantly. I did not tell him I knew about the secret letter he had sent to the UN.

When Shagari was overthrown by Buhari Gambari became Foreign Minister. When career ambassadors were being suddenly retired I was at first not on the list. But Gambari, now FM and Rafindadi, the head of the NSO who had worked under me in London and was now head of the NSO worked together to secure my retirement. In fact, when I called him from New York to confirm from him news about my retirement he first denied it.

Thereafter, he no longer took my calls. In fact, I remained at my post in New York for another 3 months during which the MFA tried to reverse the decision to retire me. I had done absolutely nothing wrong in my entire career in the diplomatic service and only got into trouble for helping a young academic who turned against me to fulfil his own personal ambition. Since then, he and I have only met twice in very difficult circumstances. First at a dinner by a mutual friend in New York several years after my retirement. He could barely look directly at me. He was clearly embarrassed.

Then when Buhari won the elections in 2015 I headed a team that was set up to prepare a paper for him on our Foreign Policy. Subsequently, Alhaji Joda asked him to join the team. Last year, he suddenly called me to ask if I would kindly represent him at a public lecture he had agreed to chair. I told him I could not and that he should look for someone younger. He immediately hung up on me.

Now, ha may be the kind of person Buhari is looking for to succeed Abba Kyari as COS. They are very much alike but Gambari is more subtle and even more dangerous and will substitute the national interests for his own personal interests. I have no doubt about that. What I have written in this long piece is just some of my personal experience and encounter with him.

Everything I have written here is in my memoirs ‘Lest I Forget ‘which he has seen and read. It is nothing new. But I think it important that the character of our top govt officials should be revealed and not covered up. We have, as a nation, paid dearly for supporting appointments to high office that are often detrimental to our nation. Enough is enough and this has to stop.

Long after Prof Bolaji Akinyemi left office as Foreign Minister, I asked him at dinner at the Metropolitan Club whether he had called for my files, including secret files, when he was Foreign Minister, and whether there were any queries issued to me when I was in the Ministry. He said it was the first thing he did when he resumed duty in the Ministry and that he found nothing negative about me in the three files he looked at. I had asked him about this as I was still mystified by my retirement when I had done nothing wrong.

There were many other Yoruba and Southern officers retired who like me had done nothing wrong. Now, the result of these capricious and vengeful retirements that took place under the watch of Gambari is that the fine Foreign Service we had, of which we were all proud, was wantonly destroyed. Gambari played a leading role in this ugly episode. I don’t expect anything better from him as COS.